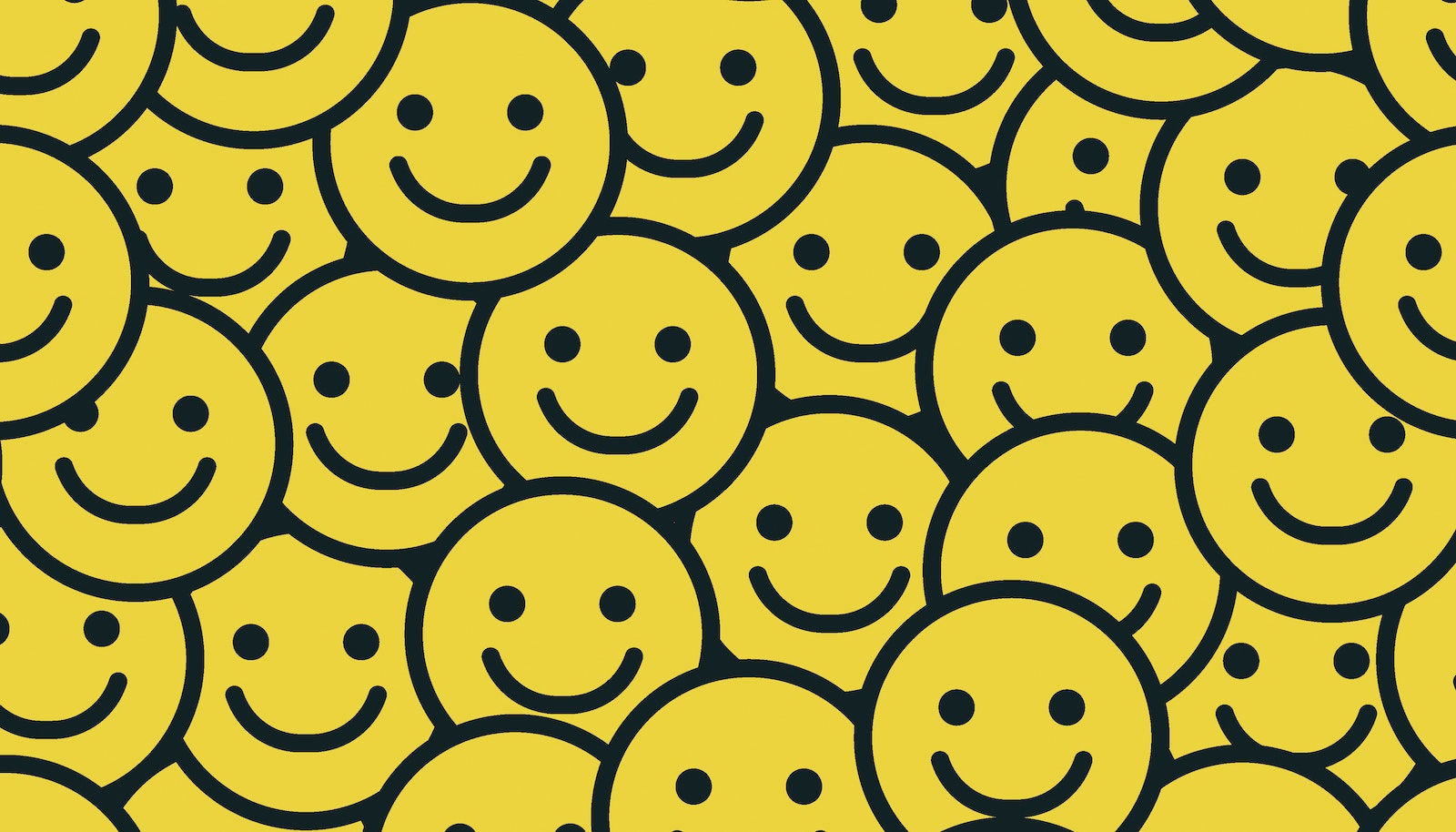 From smiley faces to diagnostic sensors, the possibility of using DNA as a nanofabrication material is gaining increasing attention. Gary Skinner explains “DNA Origami,” its applications and what is holding back its wider adoption into the marketplace.

DNA Origami is the idea that by folding the double helix in a pre-programmed manner, 3D nanostructures of almost any arbitrary design can be realised. The ability to precisely manipulate the position of atoms, with almost atomic resolution, and for all of this to occur via self-assembly is very appealing. The technology has found limited commercialization, but a DNA Origami “killer app” is yet to be discovered.

In this blog we discuss:

- What are the prospects for DNA Origami?

The crucial property of DNA that supports its function both in Life and in DNA origami is that the “A” base always pairs up with “T” and the “C” base always pairs up with “G”. Of course, in the context of Life, this provided the vital clue as to how DNA could be responsible for heritable traits. But this predictable base-pairing of DNA also makes DNA origami possible.

In 1982, Nadrian “Ned” Seeman, also known as the “Father of DNA nanotechnology", first proposed using nucleic acid molecules to create pre-determined junctions and lattices [1]. In the time since, the field has progressively developed the skills to create structures of greater complexity with programmed DNA. In 2006, in work that made the cover of Nature, Paul Rothemund reported the ability to create arbitrary nanoscale shapes from DNA, most notably a 100-nanometre diameter DNA “smiley face” [2].

Subsequently, several researchers developed and refined ever more complex DNA origami structures and gained a deeper understanding of their material properties. In 2011, Han et al demonstrated the ability to form complex curvatures with DNA [3], and in 2018 the groups of Dietz and Dekker used similar curved DNA structures as a scaffold for studying the properties of the intrinsically disordered proteins of the Nuclear Pore Complex [4].

Such DNA origami structures are clearly very popular in the media, and impressive in their own right, and have generated much enthusiasm and interest in these techniques, but are there any actual practical, and commercially viable, applications of DNA origami? The answer to this question is a resounding “maybe”.

Static DNA origami structures include objects such as the DNA smiley face mentioned above, and numerous other shapes have been created: rabbits, robots, gears and many more [5]. Although these structures do not have any “activity” as such, they can be considered as nanoscale works of art (at least some of them). 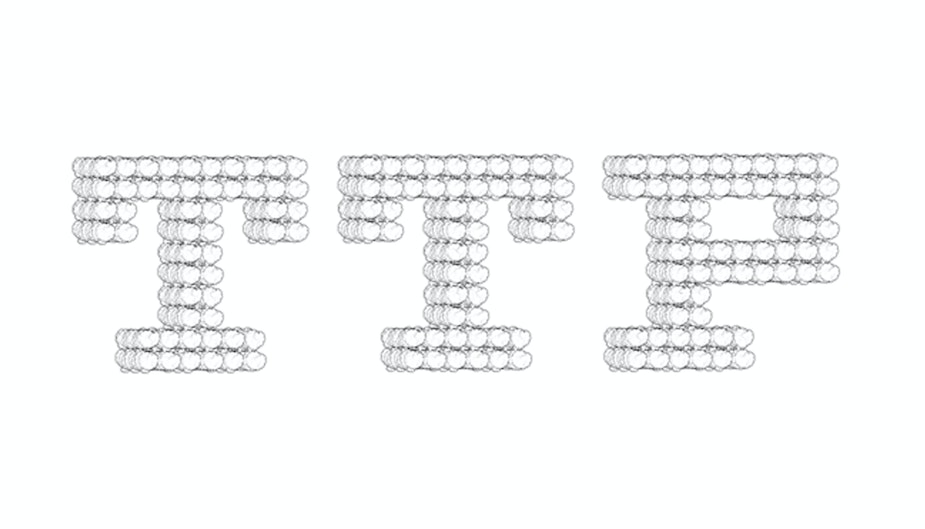 In the TTP logo above, each letter is a separate DNA origami structure comprised of bundles of DNA double-helices (viewed end-on), linked together at regular intervals by Holliday junctions. Each letter is 20 nanometres high, about the same size as the ribosome.

This approach has also led to the first commercial products based on DNA origami. Gattaquant has developed a range of “nanorulers” employing DNA origami to precisely position fluorophores to allow for accurate calibration of super-resolution imaging systems. Their product range also includes fluorescence brightness standards, in which the DNA origami structures contain a precise number of fluorophores [1].

Another German company, Tilibit, sells a range of kits that allow researchers to fold their own DNA structures, as well as offering a custom DNA origami design service.

With active structures things get even more interesting, but also more complicated. Instead of simple static objects, researchers are exploring the possibility of creating DNA structures that act as nanoscale machines.

One example of such an application is the development of a DNA origami box [6], used to contain drug molecules, which can be controllably released upon application of an unlocking “key”. The idea is that the toxic drug molecules, e.g. chemotherapies, are kept in a contained, and effectively inactive state and only released near the intended target cells. This could reduce undesirable side-effects and overall dose requirements.

Although this idea is very exciting, it may be a long R&D road until we see DNA origami-based drugs deployed within living patients. Not least will be considerations of the safety of these biological molecules, meeting regulatory requirements, and ensuring that introducing artificial DNA structures does not cause other unwanted side-effects.

However, work continues apace in this direction, for example with the very recent funding by the National Biofilms Innovation Centre of a collaborative project between the University of Cambridge and Frontier IP. This work builds upon the work of Dr Ionna Mela, utilising DNA origami to disrupt dental plaque biofilms [7,8].

A potentially more tractable near-term application of active DNA origami structures is as biosensors [9]. In some incarnations of this idea, the binding of a molecule to be sensed triggers a conformational change of a DNA origami structure, resulting in a measurable output, e.g. increased fluorescence or even an electrical signal.

Of note is the ability to create custom nanopore structures, similar to the protein-based nanopores developed by Oxford Nanopore for DNA sequencing [10], but with far greater design control. The ability to precisely engineer such nanopores could well open a broader range of nanopore-based diagnostic sensors, for example for rapid virus detection.

In 1994, Leonard Adleman first demonstrated that DNA molecules could be used to solve a computational problem, specifically that of the Hamiltonian path or “Travelling Salesman” problem [11]. This field has developed in the years since, creating molecular computers of increasing complexity, leading to the demonstration in 2019 of a 6-bit, reprogrammable, DNA computer [12]. Perhaps in the future such computational structures could be coupled with origami biosensors, so that true nanoscale decision-making becomes possible.

Another potential application of DNA origami is to use the DNA itself not as the building material, but to use it as a positioning scaffold to assemble other structures. This idea is being explored to enable the self-assembly of electronic circuits [13]. This approach is also used to create quasi-crystals of difficult-to-crystalize proteins for biophysics experiments [14].

The largest obstacle to the use of DNA for these kinds of applications has probably been the cost and speed of creating synthetic DNA of desired sequence. The main method for creating DNA molecules, that of phosphoramidite synthesis, has changed very little since it was invented in 1981 [15] and is typically slow and expensive. Cost has come down somewhat, and more recent innovations and scale-up by companies such as IDT and Twist Biosciences have spurred greater use of synthetic DNA molecules.

In addition, there is now a flurry of activity among companies trying to develop the “next generation” of DNA synthesis technology. The hope is that these new technologies will do for DNA synthesis in the near future what has been achieved for DNA sequencing in the recent past: that is, to provide a step-change reduction in cost and increase in speed to make these technologies more accessible.

Another impediment to adoption has been the lack of user-friendly, robust design software for DNA origami. The earliest attempts were hand-coded, and several efforts to develop streamlined software offerings to enable a wider adoption of these techniques have emerged since. But the need for a user-friendly unified software platform to facilitate the custom generation of DNA origami structures is undeniable.

What are the prospects for DNA Origami?

Given all these developments, I think the future of DNA Origami is bright. Researchers continue to bend this fundamental biological material to their will. Each year, fantastic new, and increasingly complex, structures are published. The technology does appear to be moving into an era in which structures are increasingly limited only by human imagination. With respect to the latter, there have also been efforts within the academic community to stimulate the younger generations to learn how to apply these techniques, such as the annual Biomod undergraduate biomolecular design competition. Perhaps these young participants will come up with the next big thing in DNA nanotechnology?

As we continue to master our use of possibly the oldest building material on Earth, I look forward to seeing what humanity will make of it. 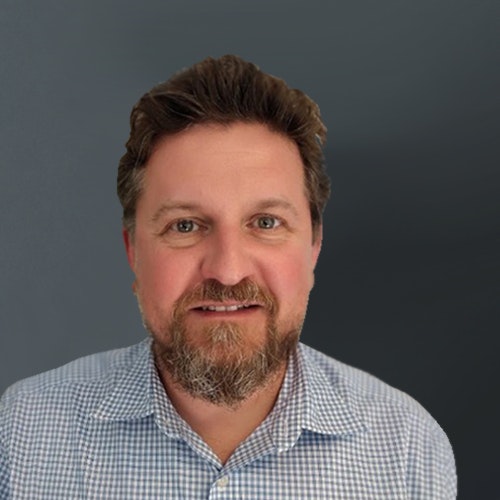 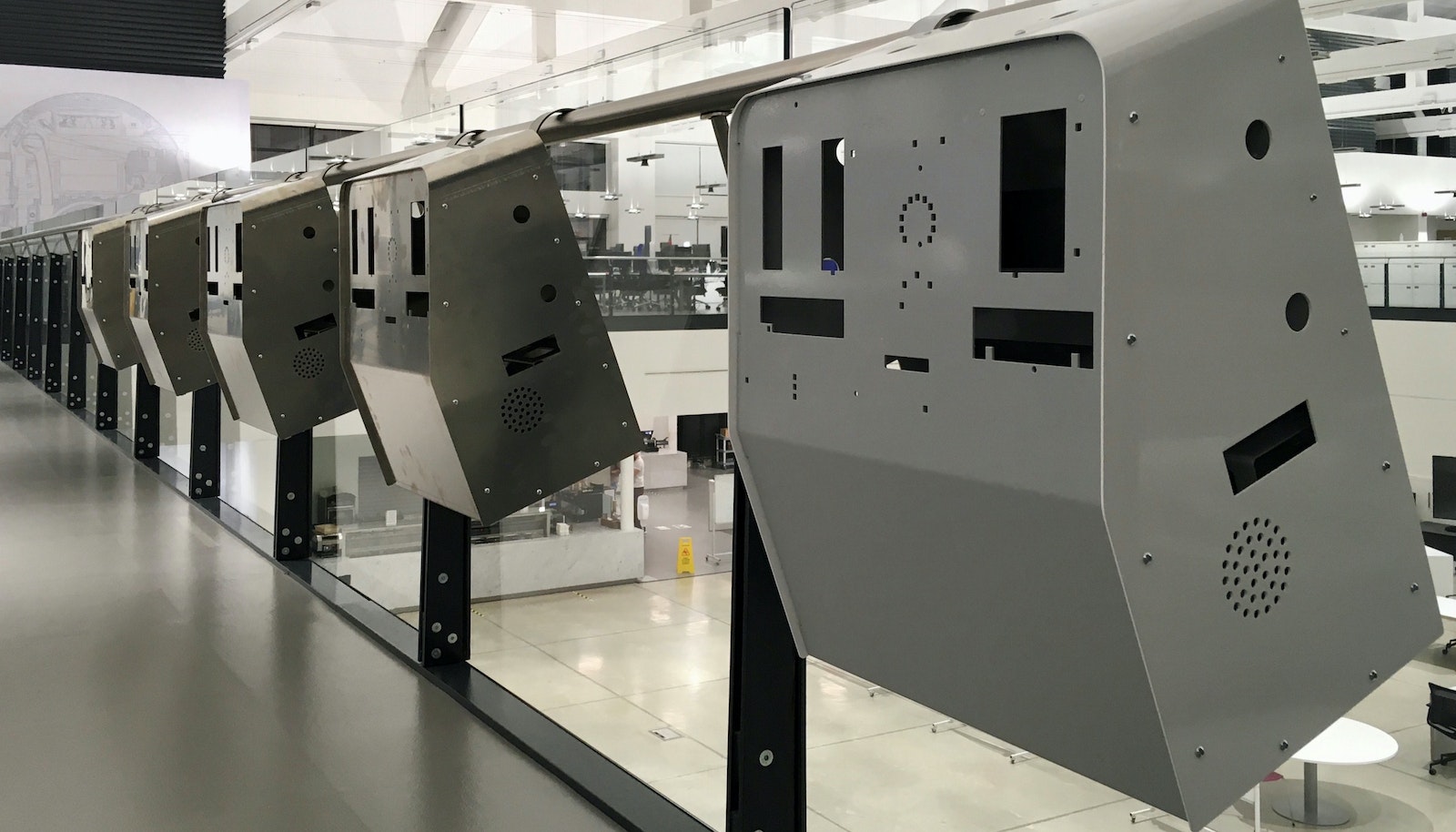