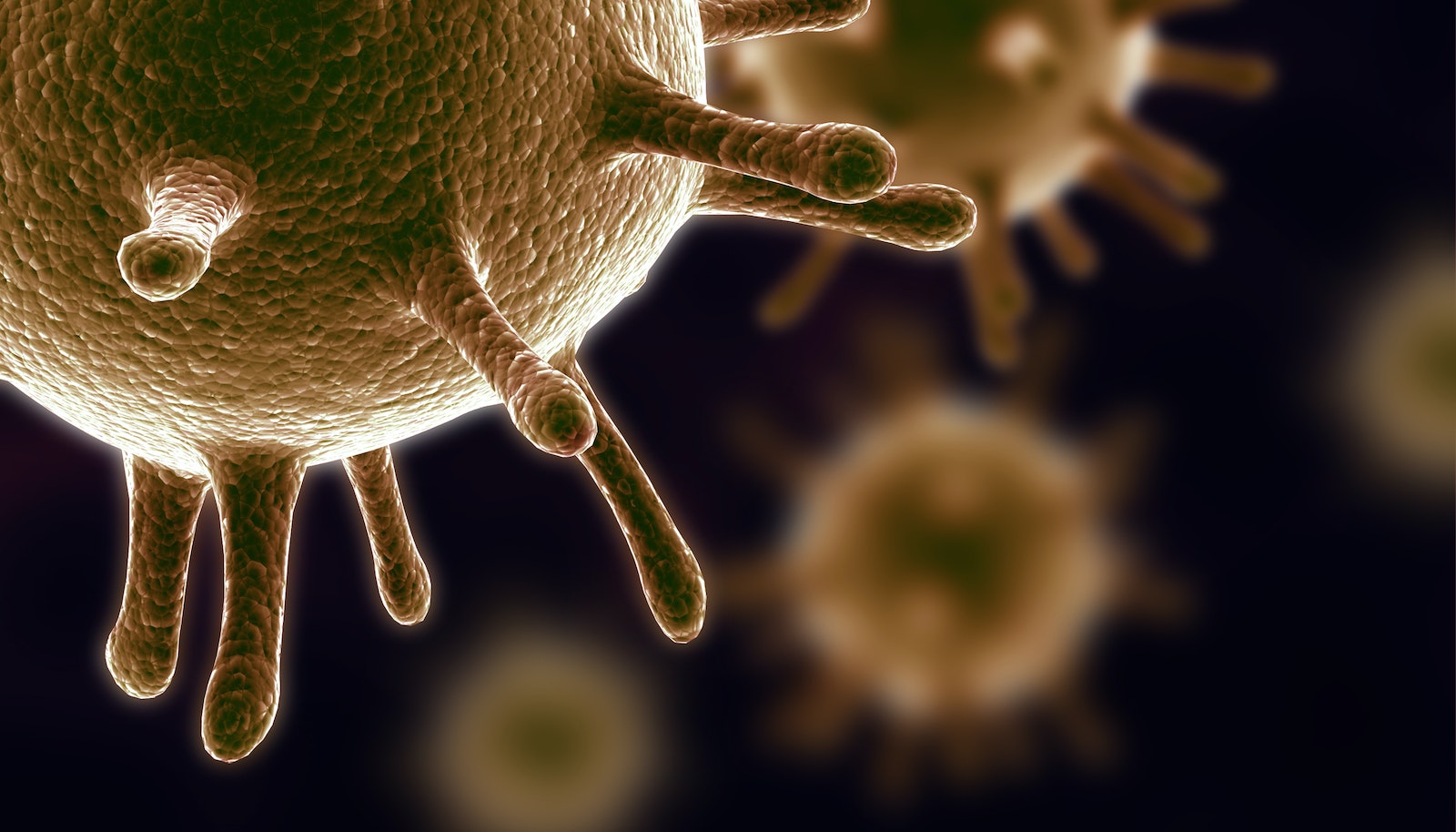 For cell sorter developers it is critical to specify cell numbers and associated sort rates in order to select the right technology; your development has to target the right ball park!

Part 2: To what extent can T cells expand in vitro?

In this post, we continue our examination of the numbers of cells that will need to be sorted in the next generation of autologous cell therapies. The previous post looked at numbers of cells in a dose. Now we will look at expansion in vitro.

The fact that T cells can expand by a vast amount in-vivo (> 1000-fold), is a well known feature of the adaptive immune system, and is essential for our immune response to viral infections. Naive T cells can undergo 20-30 doublings before they reach immunosenescence, which translates to a 106 – 109-fold expansion (Weng et al. 1995; Shen et al. 2007). If T-cells could be practically expanded 106-fold in vitro, a T-cell therapy of 1010 cells would only need 104 cells before expansion, which would be quite easy to produce using existing cell sorting technologies.

However, the more important question is: to what extent can T-cells expand in an effective cell therapy? T-cells are known to become exhausted, especially in vitro. T-cell exhaustion is associated with telomere shortening, a process which occurs faster in vitro than in vivo. Evidence suggests T-cells cultured for short times are more active than T-cells which have been expanded to their limits (Melenhorst 2009; Zhou et al. 2005; Shen et al. 2007).

Moreover, other exciting cell therapies are based on tumour-infiltrating lymphocytes (TILs) rather than naive cells. TILs have been shown to expand 103-fold in vitro (Dudley et al. 2003). Assuming a 1010total cell dose, 103-fold expansion and 1% sort fraction of the input PBMCs, then 109 PBMCs need to be sorted, which is impractical with current instrumentation.

The current leaders of cell therapy all seem to be using relatively short times for their T-cell expansion step. Table 1 reviews their early work where the expansion protocols were published. All major labs seem to be culturing T-cells for 1 – 2 weeks, for around 6 – 8 doublings or 100 – 200-fold expansion. Besides the advantages of short culture period for T-cell activity, it is also desirable for manufacturing and delivery of the therapy. 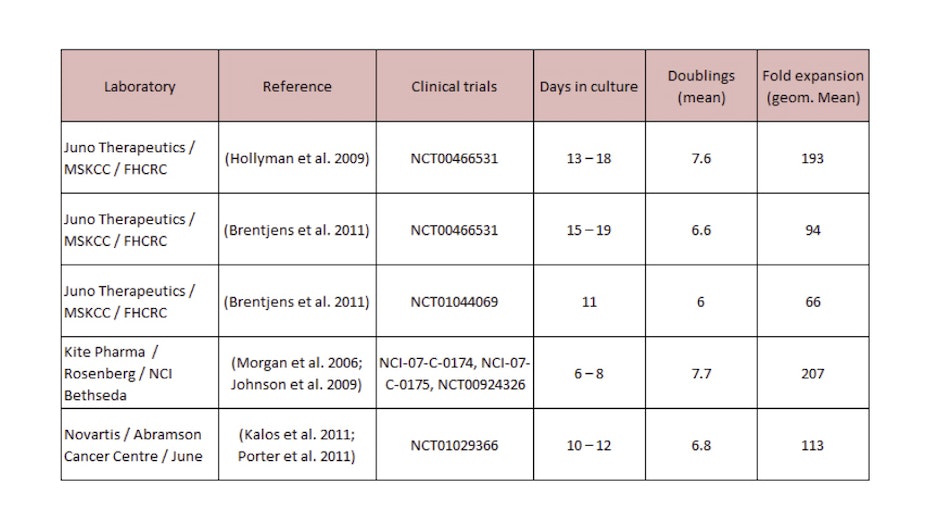 Assuming a 1010 total cell dose, 10% sort fraction and 100-fold expansion, then 109 PBMCs would need to be sorted, which again is impractical on current instrumentation.

So we conclude that, although T-cells are intrinsically capable of vast expansion in vitro, current T-cell therapies are restricted to very modest expansions of 102 – 103-fold. For a defined cell therapy based on current dose levels, cell populations of around 109 cells need to be sorted – calling for a much faster cell sorter than any currently available. 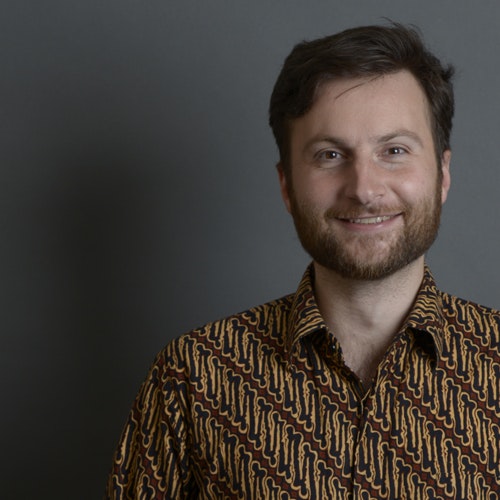 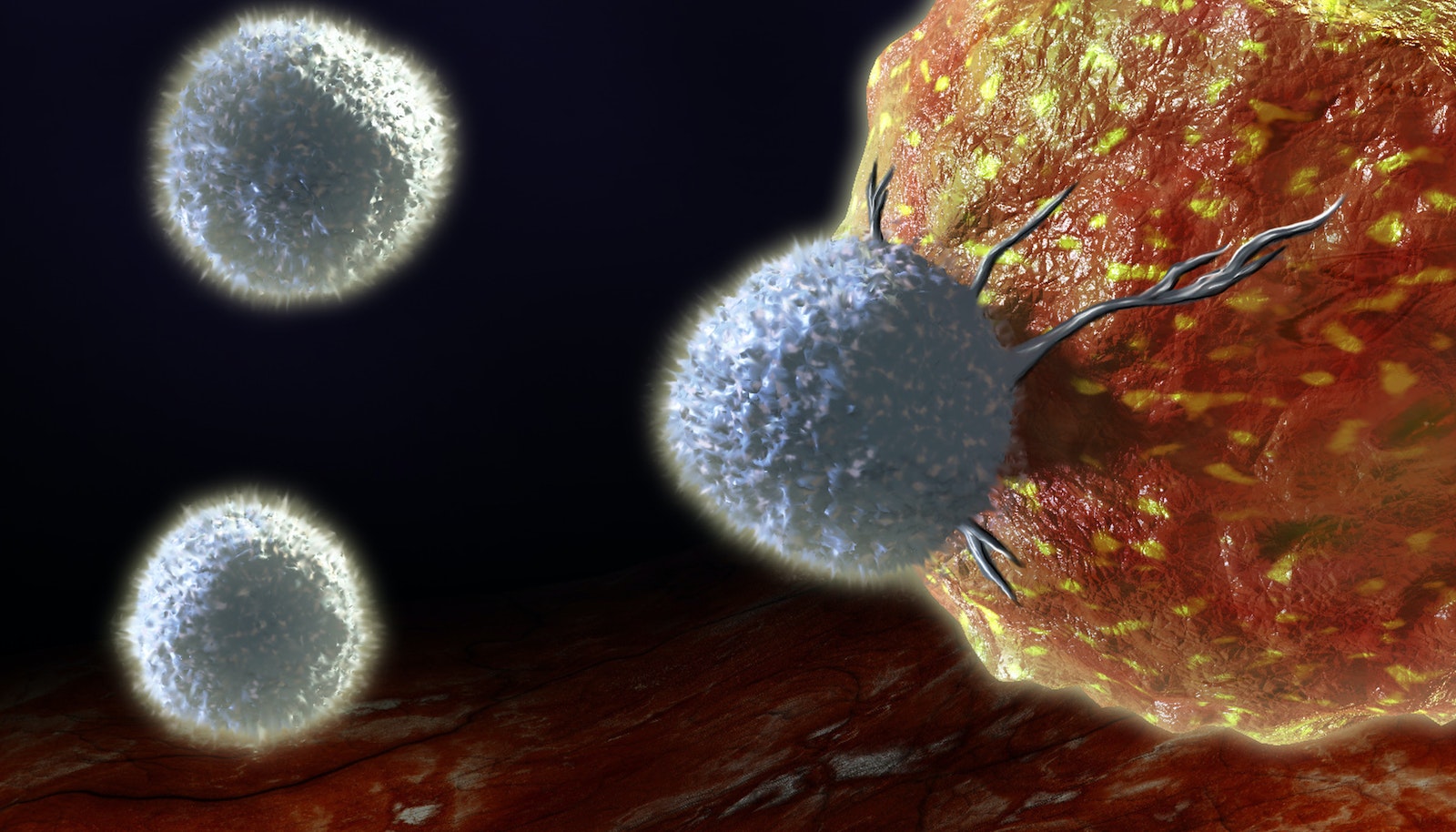