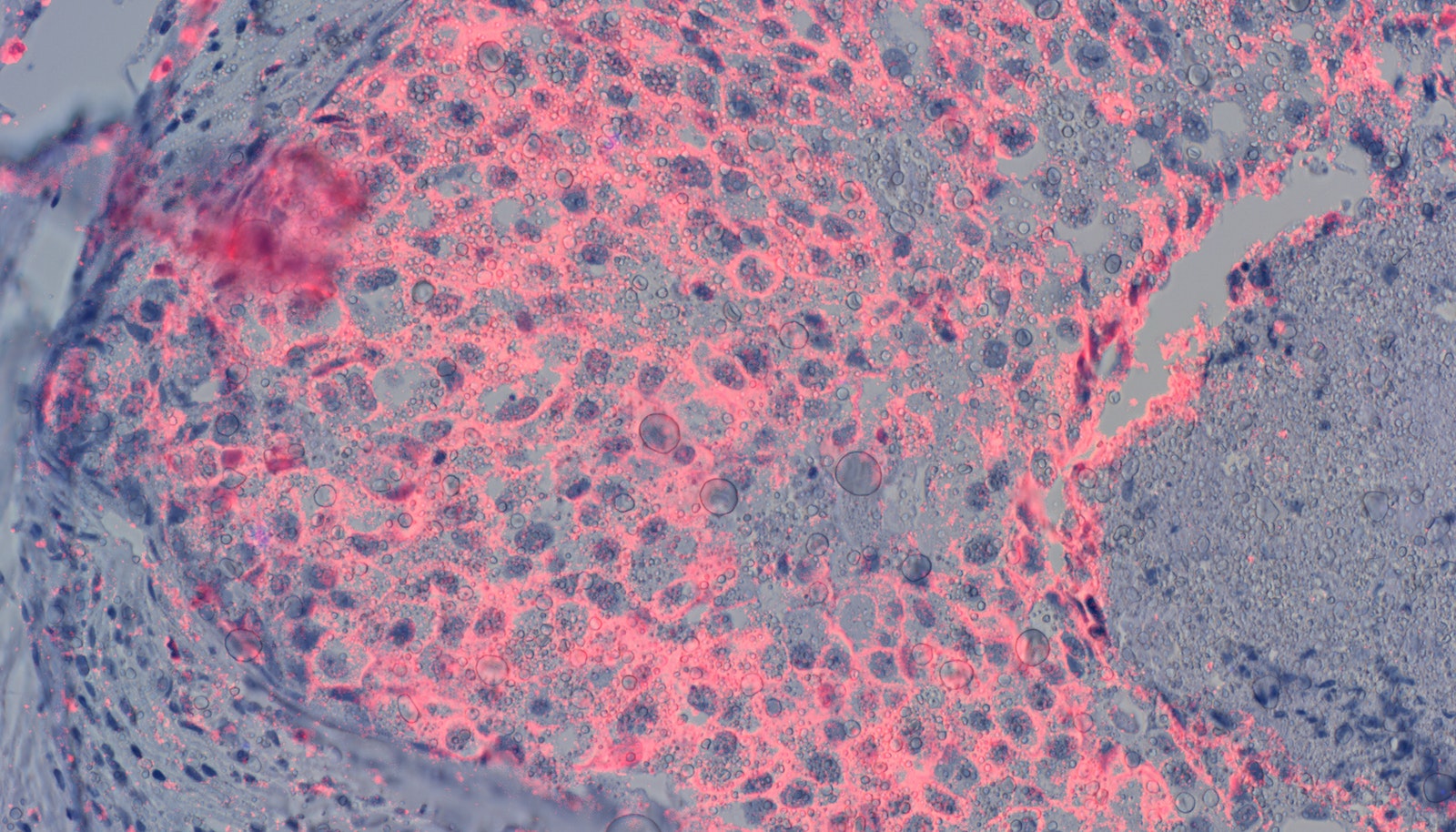 Digital technologies in pathology are rapidly moving beyond imaging to guiding diagnosis. This is creating opportunities for innovation in technology, dyes and analytic platforms to meet future demand and improve patient outcomes.

Lumito, a spin-out from the University of Lund, Sweden, approached TTP to pursue an opportunity to advance histology-based diagnostics using novel nanotechnology based on upconversion nanoparticles (UCNP).

UCNP are rare-earth metal particles 1-100nm in size with favourable physical properties for a range of applications in pathology and imaging. But they are also prone to self-aggregation and require illumination at wavelengths not commonly used in life science applications.

An example is shown in Figure 1, this consists of a NaYF4 lattice doped with a sensitiser (typically Yb3+) and an activator Ln3+ (another lanthanide) ion. When illuminated by 980nm NIR photons, the sensitiser ions become excited and transfer energy through non-radiative resonance to neighbouring Ln3+ ions, exciting them into a long-lifetime intermediate energy state.

Through a combination of successive Yb-Ln transfers and NIR absorption events, higher energy states in the Ln3+ activator become populated. These may relax radiatively to the ground state resulting in the emission of photons with higher energy (shorter wavelength) than the incoming NIR light (so-called anti-Stokes emission).

The exact energy transfer mechanism and resulting emission wavelengths that may be exploited in imaging applications depend on the choice of Ln3+. For example, NaYF4﻿: Yb3+/Er3+ emits in discrete bands from around 400nm to 650nm, whereas NaYF4: Yb3+/Tm3+ emits from 300nm to 800nm.

UCNP chemistry as well as size can thus be tailored to select specific bands from the possible transitions, enabling the possibility for multiplex imaging with other UCNP or conventional fluorophores or contrast stains. 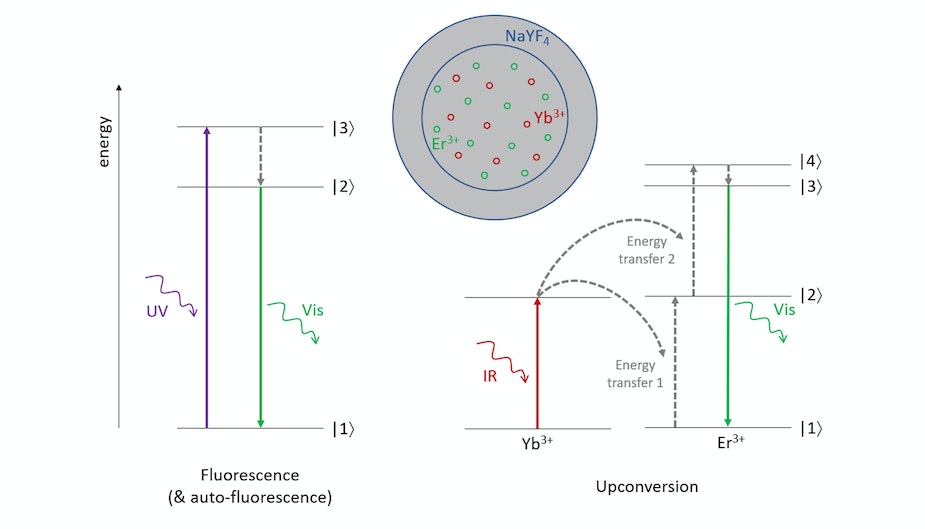 Further, unlike other fluorophores, which are prone to photo-bleaching (reduction in fluorescence when illuminated), UCNP generate a consistent signal over time, potentially enabling further diagnostic accuracy through quantification.

The NIR wavelengths required to excite UCNP can penetrate relatively deep into tissue. This creates opportunities to apply UCNP-based reagents beyond in vitro imaging of thin histology tissue sections to in vitro functional imaging studies. 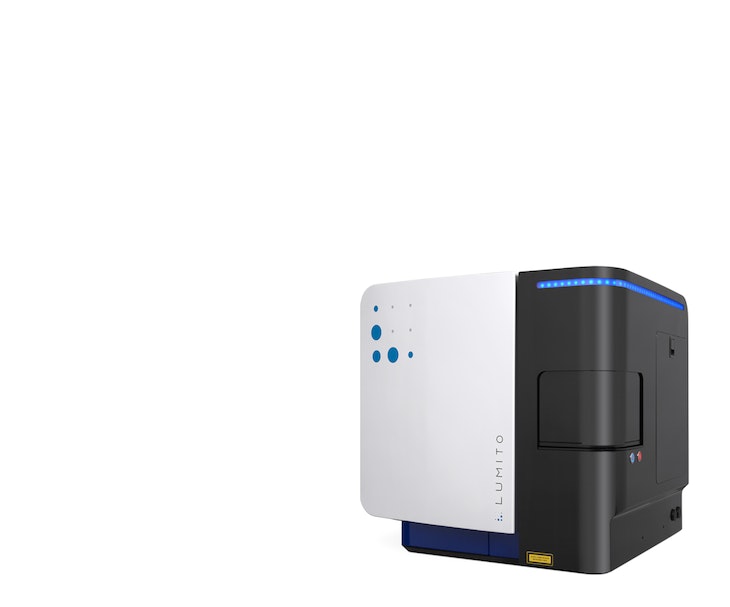 TTP has been a very good fit as a design and development partner to Lumito. TTP's very broad competence within life-science has been of great value. In our specific case their competence within optics and biochemistry has been a key success factor. As our product technology spans over so many engineering disciplines it has been fantastic to work with TTP that is flexible and can bring in the right competence as needed in the project.

In developing a diagnostic imaging solution based on UCNP for Lumito, several inter-related technical challenges needed to be solved. First, in creating the novel tissue staining reagent, the UCNP needed to be given a coating – to avoid self-aggregation – and functionalised with the help of conjugation chemistry to bind to a specific cancer biomarker.

Second, the dedicated tissue scanning instrument needed to be designed to work at the excitation power and emission energies of coated UCNP to visualise the staining of cancerous tissue with high precision and sensitivity.

TTP’s team of interdisciplinary experts addressed these challenges and created a novel tissue staining reagent and a unique dedicated tissue imaging instrument, which can now be trialled to improve histology-based cancer diagnosis. The latest milestone in the project was the delivery of the beta prototype of the instrument in the summer of 2020 to Lumito, during Covid lockdown.

Once introduced into the tissue sample by means of the novel staining reagent, the UCNP bind to the targeted biomarker and provide a high-contrast, high-specificity image of surface protein expression within tumorous areas in the tissue section under study under infrared laser light.

Figure 2 shows UCNP multiplexed with haematoxylin. The red overlaid Tm3+ UCNP signal denotes the presence of the Her2 cancer biomarker. Multiplexing with another UCNP (e.g. Er3+) to show multiple markers on a single slide is also possible (demonstrated in our blog Spotlight on upconversion nanoparticles). 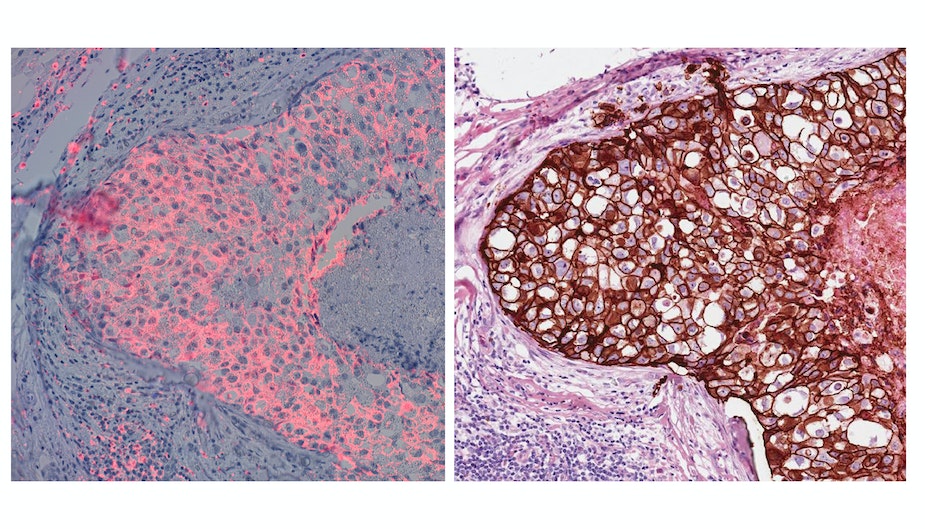 Left: prototype UCNP reagent formulated to bind to regions of overexpression of the Her2 cancer biomarker; Right: haematoxylin and DAB imaged in brightfield.

The high contrast images created with the new technology reduce the burden on pathologists, with the aim of enabling faster and more accurate cancer diagnosis. The high-quality tissue images also support image digitisation and automated analysis.

In future, the UCNP-based quantitative imaging could also enable the application of AI and machine learning techniques to the scanned slides (discussed in our blog Imaging by the numbers), as well as allow for multiplexing – the quantitative detection of multiple biomarkers all based on the same nanoparticles. 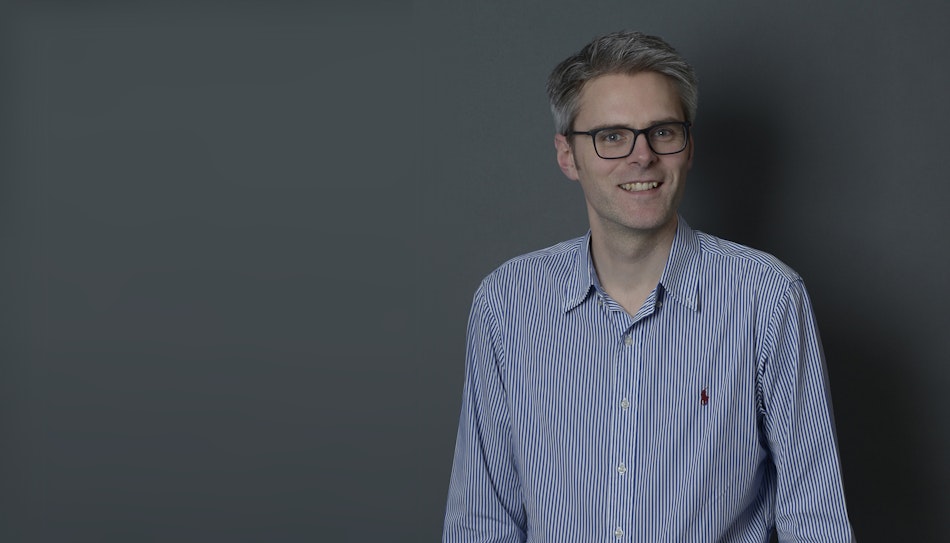 Want to talk to us about healthcare solutions? 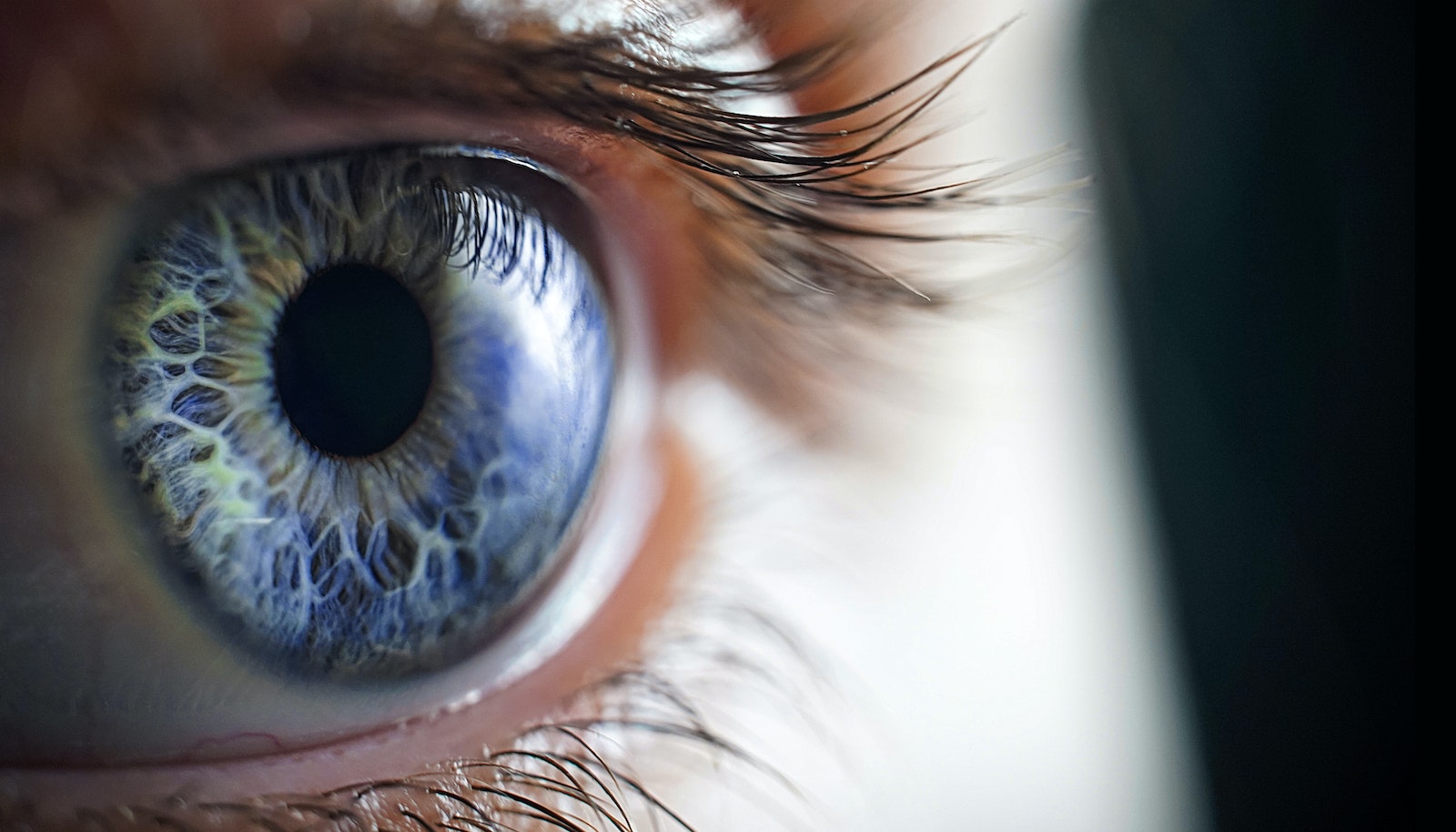