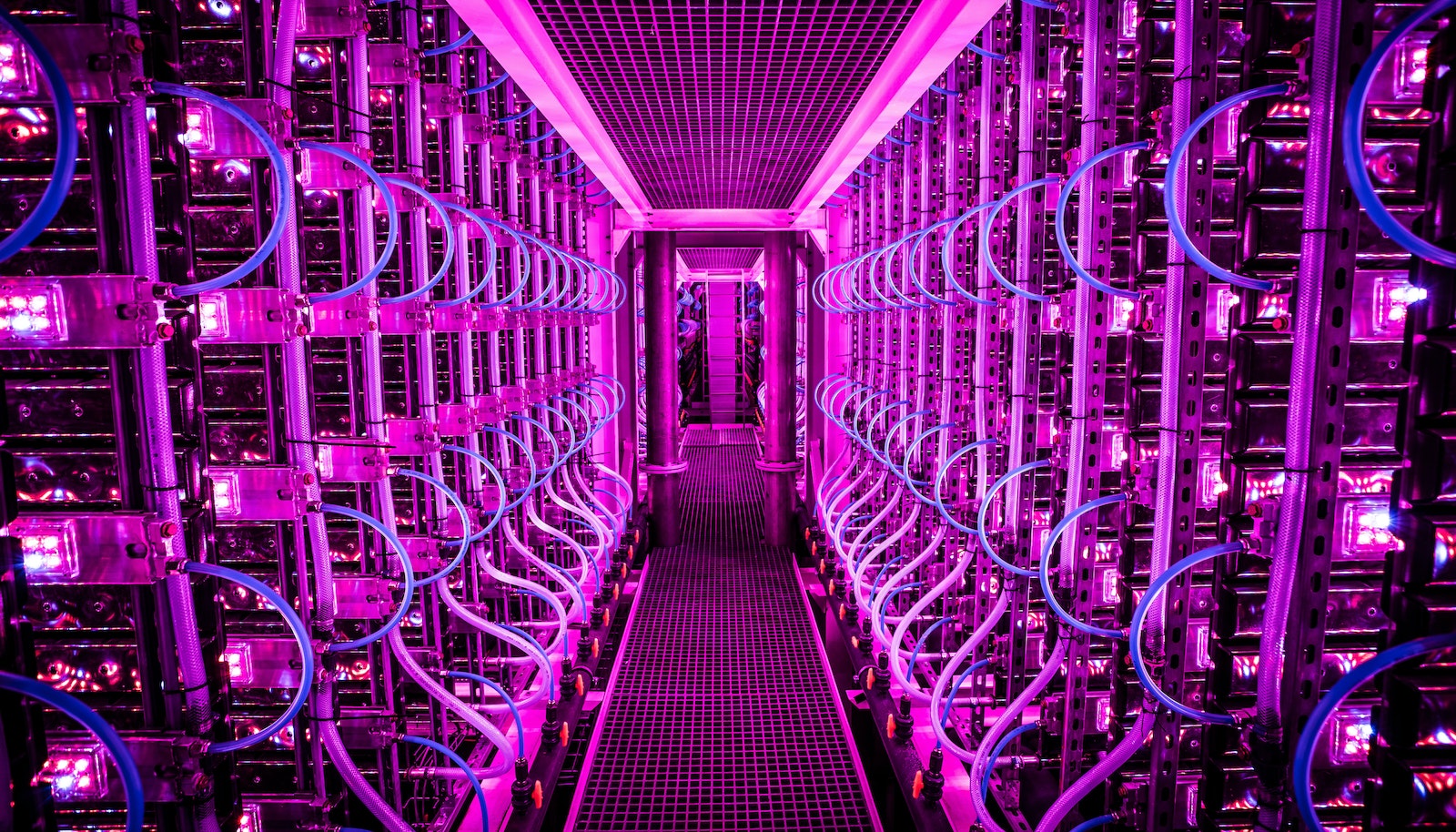 Industrial biomanufacturing must forge ahead and invent its own process technology to scale up the production of food and materials.

Many of the substances we use and consume could, in the future, be manufactured using the capabilities of engineered cells and organisms in mega bio-factories at scales that don’t exist today.

The draw of the biomanufacturing paradigm is compelling: meat and leather without livestock, plastics without crude oil. Implemented in a suitable way, biomanufacturing could vastly reduce humanity’s impact on biodiversity and carbon emissions.

We can even imagine that these bio-factories will be fed with organic compounds derived from carbon dioxide captured from flue gasses or directly from the air in a sustainable, circular economy.

The reality, however, is that while billions of dollars are being invested to create “designer” cell and microorganism strains, manufacturing scale-up still seems unaffordable with existing process technology.

Industrial biomanufacturing has inherited much of its process technology from the biopharma industry. Whilst suitable for high-value, low-volume drugs, recent studies have shown that, even with more productive cells and cheaper growth media, existing reactor and filtration hardware is too expensive, too large and too inefficient to compete with the fruits of conventional agricultural practices [1, 2].

Estimates suggest that replacing conventional global meat production would require on the order of 100 million stainless steel tank reactors, each with 10 cubic meters (m3) capacity and an estimated installed cost on the order of $1 million. The resulting bulk meat mass leaving the factory would be $37 per kilogram [1].

These costs are too high for consumer and investor acceptance.

So far, thinking about cost reduction has been centred around two biopharma reactor archetypes: perfusion reactors and conventional batch and fed-batch reactors.

Fed-batch bioreactors – also the standard in industrial fermentation – have a relatively low initial capital cost, but are poorly designed for efficient media usage. A broth containing cells and culture media is agitated and oxygenated within a closed tank until cells have multiplied over an optimised timeframe. New media is added periodically to replenish nutrient levels.

However, build-up of toxins and secreted product within the confined media often limits cell density. Moreover, upon harvest, the whole broth is extracted and separated to obtain the cells or expressed product, with unused media components going to waste.

This is a problem as media currently dominates production costs, and will continue to do so long into industry maturation. Industry observers expect media cost to decline over time as new non-biopharma formulations are developed, but this assumption relies on real demand being established.

While cell density can be increased within fed-batch reactors to improve yield, other limiting factors limit maximum productivity. For example, improved circulation can enable more complete nutrient consumption, but also increases the physical forces that deform or rupture cells.

Scaffolds in hollow fibre bioreactors can further increase cell density, by providing cells with adhesion sites and good media exchange whilst shielding them from destructive physical forces. An ultimate goal pursued by some is a truly continuous process, in which cells are seeded onto membranes, grow, detach and are then harvested in steady state.

Perfusion could be a resource-efficient solution to get the industry off the ground until media costs reduce. But as with all system design in this space, one metric does not tell all. While media costs reduce, higher capital costs must be amortised, and single-use components such as scaffolds and filter membranes may introduce their own significant material costs, increasing as structures become more complex.

Companies pursuing either a fed-batch or perfusion approach need to consider whether suitably balanced capital and operating costs can result in a cost-effective product. Techno-economic assessments of promising new technology combinations according to new requirements becomes critical.

There is also a vastly under-explored design space for new bioreactors – perhaps alternative designs inhabit an optimum between operating cost and process intensity. Should we be thinking of new methods for mixing, nutrient delivery, toxin removal and cell harvesting that best utilise media, and do not take origins from existing designs?

While total land area needed for bioreactors may not in itself be prohibitive to scale-up (consider that livestock currently occupies nearly 40% of all Earth’s habitable land), the sterile nature of this footprint, especially for mammalian cell cultures, does present prohibitive costs for existing bioreactors.

If competing microbes enter the bioreactor, their growth rate can outcompete the cultivated cells, resulting in a tank full of expensive waste. Biopharma’s solution to this problem is to use single-use systems within stringently sterile cleanrooms.

This would be astronomically costly if rolled out on an industrial scale for food and materials. Replacing global conventional meat production alone would require a cleanroom footprint of 1,000 square kilometres (km3) [1].

Therefore, as part of new reactor designs, we need to devise new in-built sterility measures that are effective yet affordable. Such measures do not currently exist, as there has been no need until now. Guaranteed protection from all contamination may be impossible, especially as surrounding facilities decrease in cleanliness from biopharma standards. If so, early detection and containment methods will be critical to minimise the affected production volume.

The industry also needs to consider cost-effective clean-in-place processes, potentially hand-in-hand with new reactor designs to enable them. Cleaning from batch-to-batch or after contamination events must be rigorous, but have an acceptable water, chemical and energy footprint to offer any meaningful benefit over the cost and sustainability impact of single-use plastic consumables. 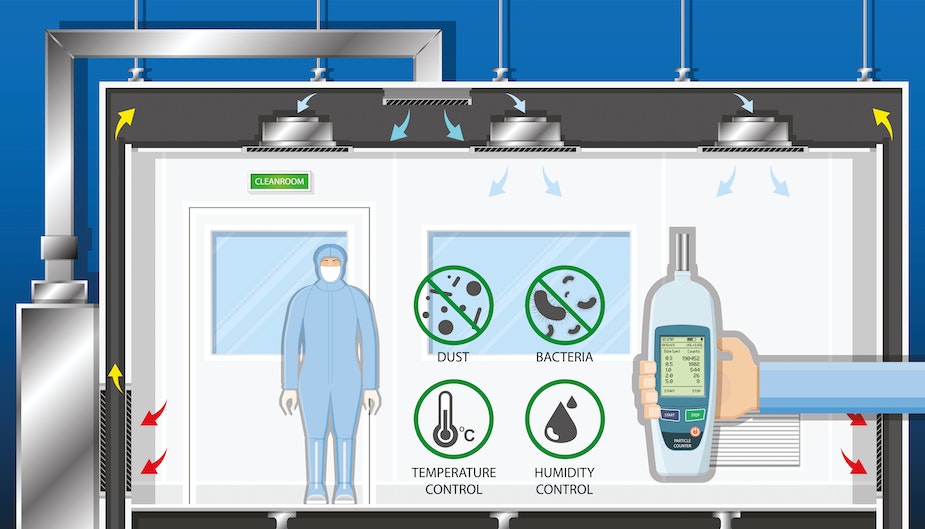 3 - Use modelling to guide reactor design and operation

When considering the complex impact of bioreactor design and operation on the rate at which cells reach biological growth limits, sophisticated multi-physics modelling will be an essential tool for the biomanufacturing industry.

In the first instance, modelling can help guide reactor design, by elucidating the delicate interplay between biochemical (metabolites, nutrients) and fluidic (shear stress) conditions. The aim will be to balance increased cell growth rate and density with reduced reactor cost.

Then, as a production line matures, a more detailed model can guide reactor operation, by telling us which critical parameters of the reactor environment to monitor, where and how sensitively. Potential is unlocked to significantly reduce the complexity, therefore the cost, of analytic and control systems.

Over time, models can further evolve into parsimonious digital twins – digital twins that rely on affordable levels of sensing and analytics, while computationally reconstructing a detailed picture of behaviour inside the reactor. It is anticipated that in the foreseeable future, digital twins will be integrated into fully automated control algorithms to perform real-time optimisation of biomanufacturing plants. [1]

Simulations at TTP have resulted in better fundamental understanding of reactor scale-up limits (see Figure below). In particular, the effect of shear stress and heterogeneous nutrient distributions on cell viability and productivity have generated insights into stirring regime and reactor size design decisions. These could be important when some in the industry see enormous reactors, on the order of 100,000 litres, as the scale-up solution. 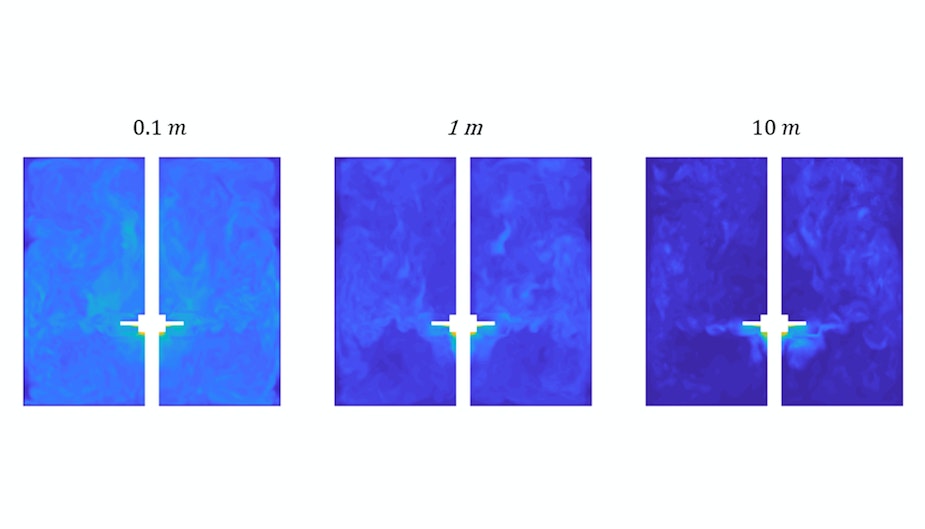 Existing biopharma equipment has an inherent conflict of scale and cost.

Potential scaling solutions are coming from two approaches: from start-ups with novel cell strains who have urgent transfer-to-manufacture needs, and from module or system providers who seek to secure a market share in a future supply chain.

Engineering focus on specific hardware would accelerate the objectives discussed in this piece, but it seems that more activity is focused on full-stack innovation. This is partially due to how investors have focused their cash so far, and partially due to a winner-takes-all investor mindset that prevents collaboration despite shared hardware needs. As a result, the nascent industrial biomanufacturing ecosystem lacks scalable solutions in the shared engineering toolbox.

While a full-stack approach gives wide reaching control of design parameters, inevitably resources are spread thin for those seeking to scale novel cell strains. Small teams are forced to attempt complex process system engineering out of necessity rather than choice, and know-how from industrial processing and biopharma experts is added too late. Many are aware that full-stack innovation is not the best strategy, but the only option currently on the table.

Isolated piecemeal approaches that begin with modification of biopharma equipment – the only hardware currently available – are enabling proof of principle, but risk painful journeys back to the drawing board upon industrial scale-up. A clearer vision for scaling would benefit everyone: from those already producing at commercial scale, to those in strain development stages who need to know the regimes in which their cells are to thrive.

Focusing attention on key scaling bottlenecks will be critical and must be informed by a good understanding of requirements, fundamental insights from modelling, and know-how from industrial processing and biopharma without stifling the creativity to venture from established methods.

We must avoid the temptation to chase individual metrics, such as cell density. Technical and economic trade-offs influencing organism, growth environment and reactor design will be complex, therefore our approach to systems engineering must be holistic.

With engineering solutions to the scalability problem in hand, the industry could start to frame industrial biomanufacturing not only as a possibility, but as a feasible technology to mitigate humanity’s global impact. 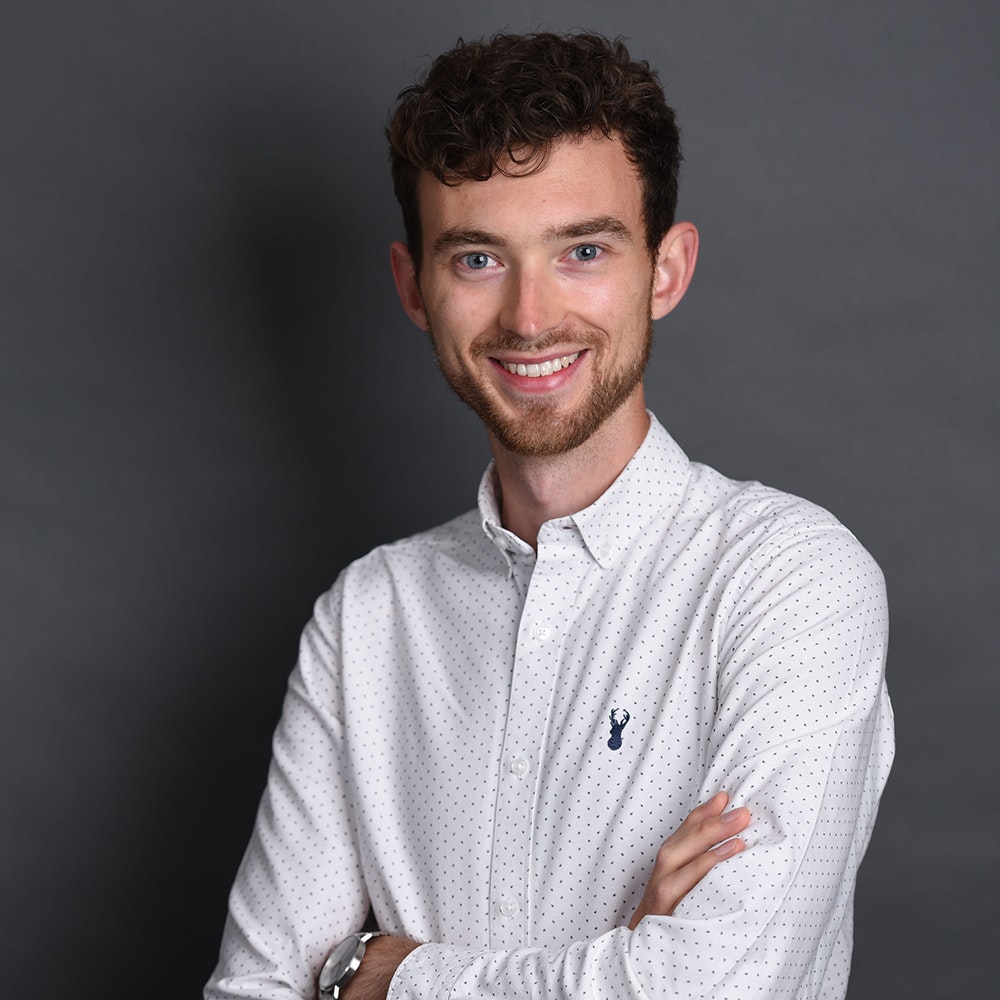 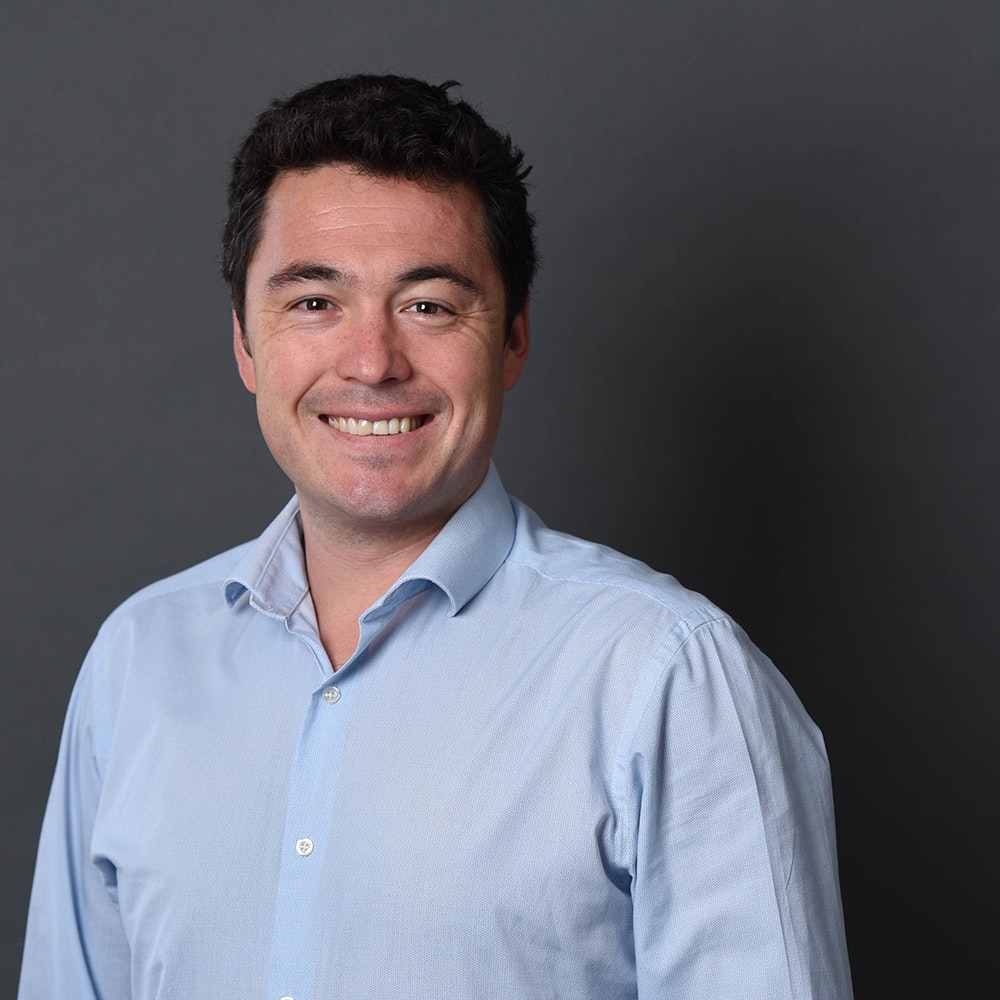 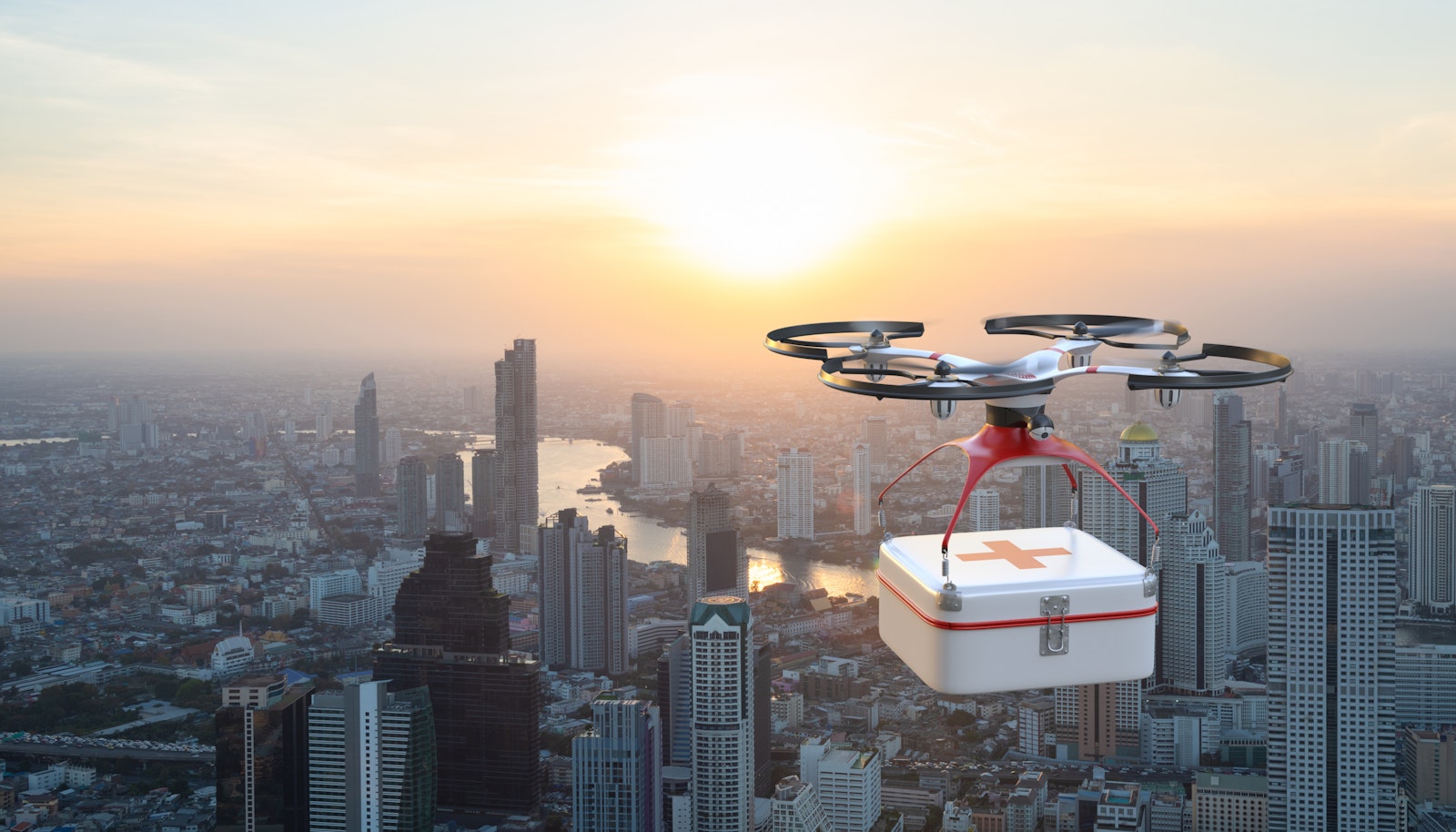