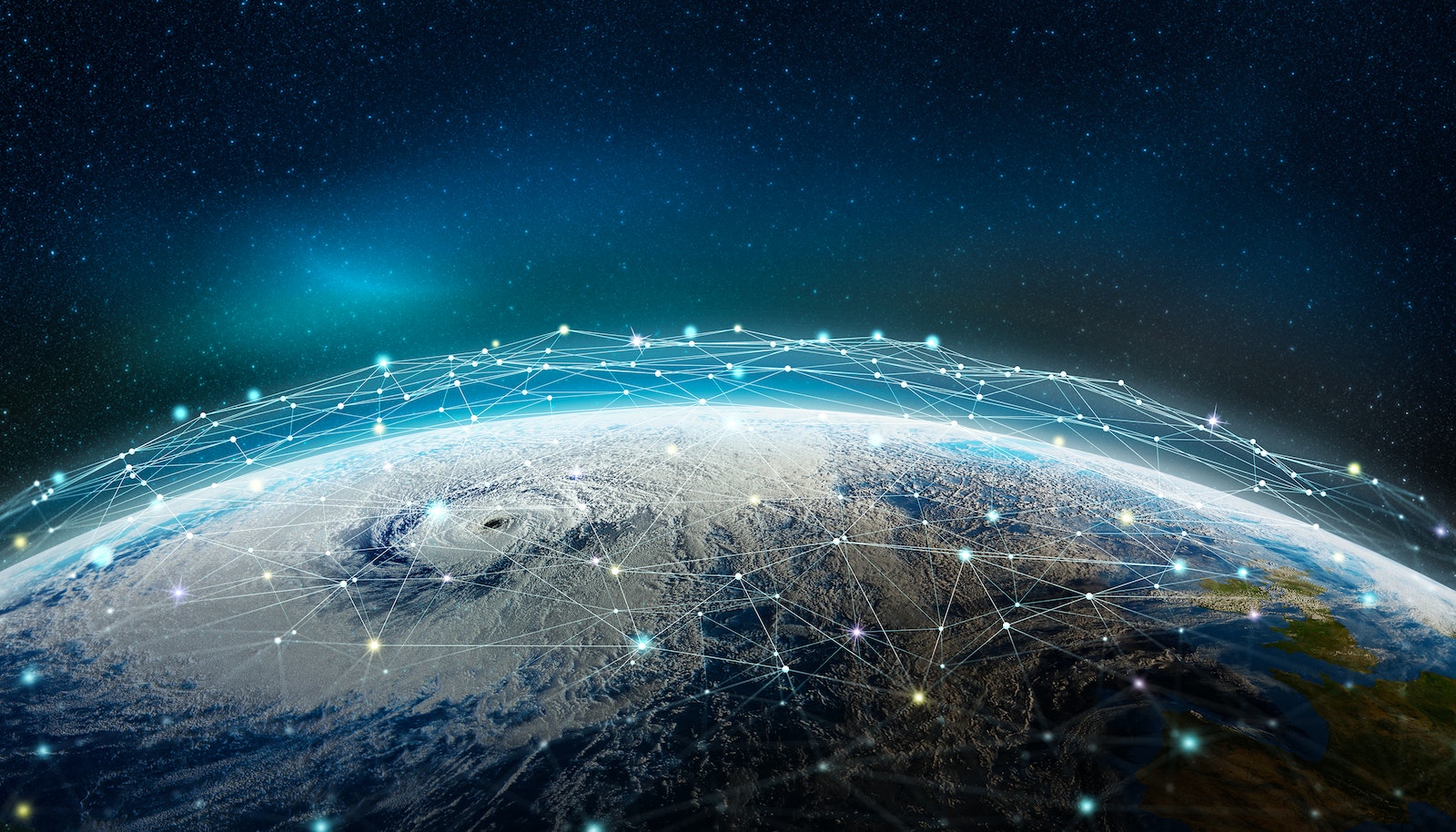 New space companies are planning to launch low earth orbit (LEO) satellites to provide broadband internet everywhere on earth. But with antennas for satellite receivers at consumer price points still out of reach, how will users be connected?

The vision of new space companies is to use relatively cheap-to-launch LEO satellites to bring fast internet to the billions of people currently living beyond the reach of fibreoptic or cellular networks. But amidst the ‘build it and they will come’ mentality surrounding these ventures, the earthly technologies needed to make these services work for users – and pay for operators – have so far received less attention than they deserve. Antenna technology, in particular, is likely to play a critical role in the rollout of this global communications upgrade.

Existing geostationary (GEO) satellite networks use parabolic antennas – often resembling an upturned dustbin lid – carefully pointed towards one of a small number of static – relative to the earth – satellites some 36,000 km away. These relatively simple antennas can be manufactured at a price point that allows them to be used for consumer TV.

In contrast, each of the new mega-constellations of LEO satellites will eventually consist of hundreds or thousands of satellites that will typically orbit at 1,200 km altitude every 100 minutes. Together the satellites in the constellation, borrowing many cellular techniques, could provide nearly ubiquitous low-latency gigabit coverage through multiple spot beams to the area below.

Satellite receivers for LEO networks will therefore require sophisticated tracking antennas, capable of following satellites across the sky by controlling their pointing direction to better than 1° accuracy.

As soon as a LEO satellite drops below the antenna’s field of view (at an assumed elevation of 40°), to avoid interruptions in operation, the antenna needs to instantly point towards the next satellite at a different bearing, as illustrated by the discontinuities in the azimuth trace of the graph in Figure 1. 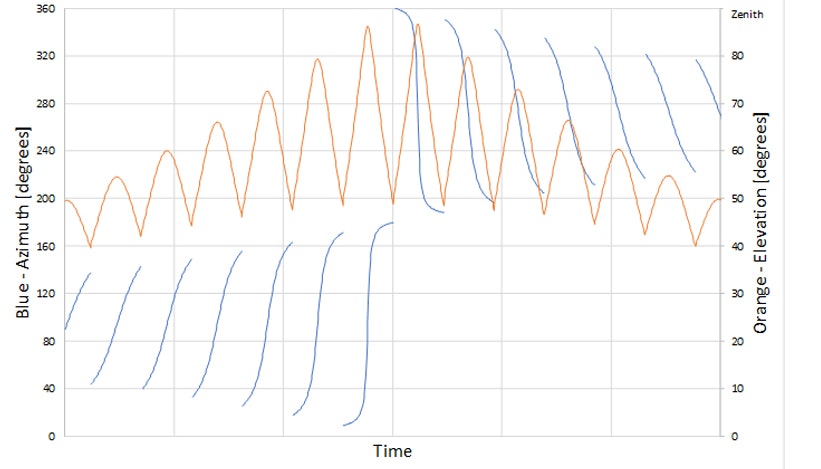 Assuming near-polar satellite orbits and ground-based antennas able to operate at a minimum elevation of 40°, around 260 LEO satellites would be required for global coverage.

By improving the elevation performance of LEO antennas, it may be possible to reduce the number of satellites in the constellation (as shown by the relationship in Figure 2), which may translate into reduced capital outlays for operators and earlier usable internet connections for consumers. 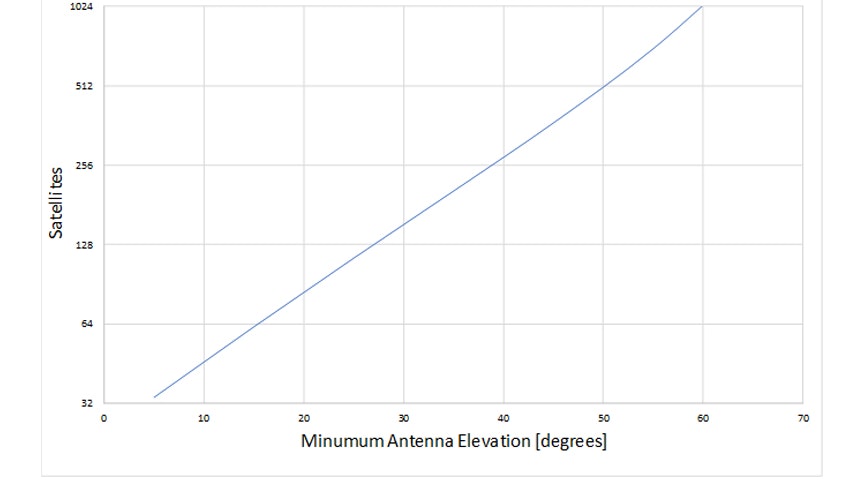 For the full capacity of the satellite to be used, the gain of LEO antennas over their full scan angle needs to be similar to that of the parabolic dishes used with geostationary satellites.

In practice, other factors will limit connectivity. For instance, the antennas aboard the LEO satellites also need a correspondingly wide field of view – not to mention that buildings, trees and mountains may obstruct of lines of sight between the antennas at low elevations in some environments.

Creating LEO antennas for consumer receivers that meet these requirements, ideally with the form factor of a “pizza box”, the required reliability to work 24/7 for many years and at a similar cost to a consumer TV antenna satellite dish remains challenging.

Potential solutions for satellite tracking, yet to be proven at consumer price points, include mechatronic approaches to continually align the antenna towards the satellite as well as fully electronic approaches using phased array techniques to combine multiple antenna elements into one or more narrow steered beams.

Mechanical wear and rapid switching between satellites are challenges for mechatronic approaches. In some cases, allowing short outages whilst switching satellites may be permissible and make this approach cost effectively viable.

In contrast, phased array antennas can repoint instantly without the need for moving parts. If needed, they can create multiple beams allowing simultaneous reception of two or more satellites. However, their cost is typically high and linked to the number of elements in the array.

Theoretically, array gain is proportional to the square of elements that are combined. In practice, combining losses mean that not all this gain is realised, and even more costly antenna elements are required. Any techniques that enable greater antenna gain with fewer elements would lower the cost of the high-gain antennas required, perhaps to an acceptable level for consumer applications.

For both mechatronic approaches and phased array techniques, maintaining antenna performance at low elevations is likely to be challenging. This is typically due to antenna geometry and form factor. Some geometries are only able to be used over a narrow scan angle, and many, especially when implemented in the desired pizza box form factor, have insufficient effective antenna aperture for capturing enough of the satellite signal when operating at low elevations.

Given the challenge of providing LEO-capable antennas at consumer prices, it seems likely that operators will initially look to markets where the cost of the satellite link may be amortised over a number of users, or where equipment cost is less critical such as in business-to-business markets.

In particular, cellular backhaul – where one satellite link provides internet connection for thousands of 4G or 5G consumer mobile devices – is likely to be developed as a market first.

Antennas for cellular backhaul will be subject to different constraints than antennas for direct to consumer internet. In addition to detailed antenna engineering, antenna development will therefore require a system-level view for the appropriate engineering trade-offs to be made.

As satellite connections to the internet become more utilised, antenna prices will come down as production volumes increase. Simultaneously, however, antenna specifications are likely to become more demanding.

For instance, the currently used spectrum is likely to become congested, limiting the bandwidth that can be supplied to a location. This can be mitigated by techniques to improve spectrum reuse, such as using both left-hand and right-hand circular polarisation. For this to be effective, antennas will need to be able to switch easily from one polarisation to another.

Further measures to avoid spectrum congestion include using higher, currently little-used frequency bands. For instance, some LEO satellite network operators plan to initially use Ku band (12 to 18 GHz), while further constellations are planned that use V band (40 to 75 GHz). These higher frequencies will require tighter mechanical tolerances, greater use of waveguide rather than transmission line techniques and higher frequency semiconductor operation.

These additional constellations, with high strength spot beam capacity to specific locations are intended to enhance the initial Ku band network. This implies that antennas and terminals may need to be dual band, adding further to the antenna design and cost challenge.

In summary, the first LEO mega-constellations have passed through the planning stage and are being implemented. It seems likely that one or more of these constellations will be successful, which could transform the global communications landscape.

But based on considerations of antenna technology, it seems likely that the main focus initially won’t be on providing high-speed internet directly to unconnected consumers. Instead, initial uptake in business-to-business markets will probably rely on customised antennas that deliver optimised performance for particular applications and LEO networks at an acceptable cost.

A major market, especially in remote and developing parts of the world, is likely to be cellular backhaul. In turn, this will enable the roll out of 4G and 5G cellular services over wider areas, and yes, bring the internet to consumers living in areas beyond the reach of fibreoptic or cellular broadband. Direct consumer demand will grow substantially over time – but only assuming that enough spectrum and low-cost equipment able to use that spectrum becomes available. 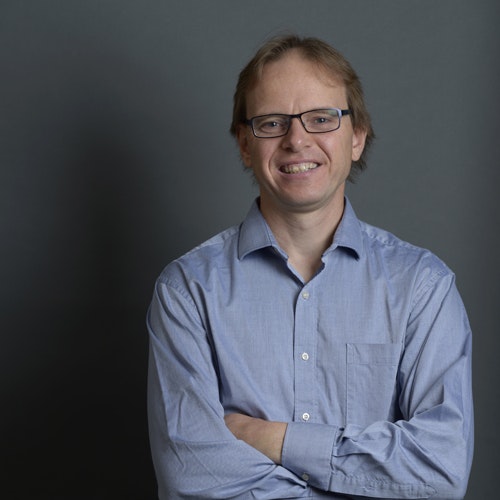 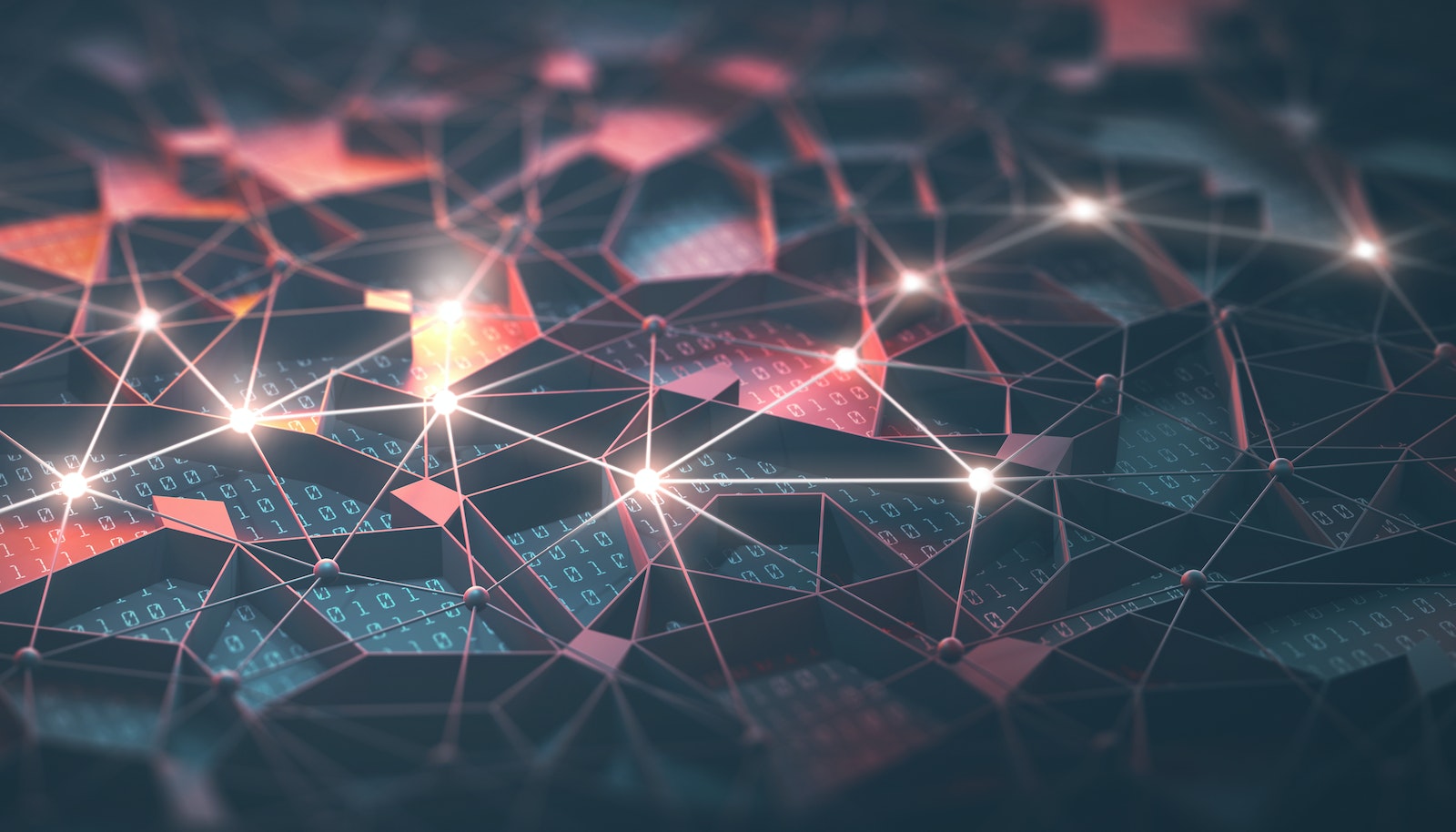