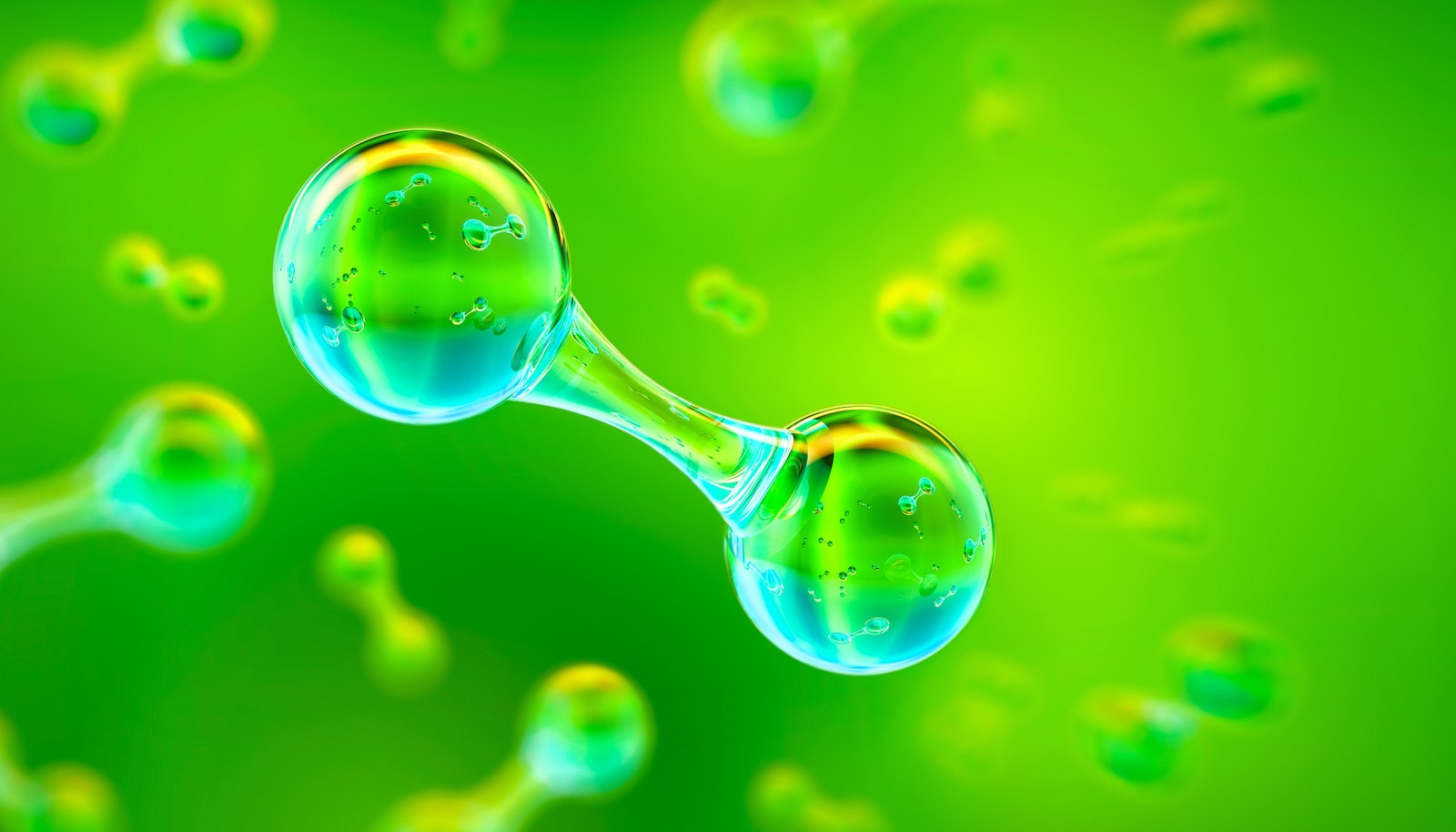 The vision for how low-carbon hydrogen will be adopted is shifting. Could the revolution happen faster one vehicle or one boiler at a time? And if so, Who will pay for it?

Some uses of hydrogen are naturally centralised around massive pieces of infrastructure. These include the main existing uses in oil refining and ammonia production, but also potential uses in steel and polymer production.

Other potential uses of hydrogen are naturally distributed. These include hydrogen-powered road vehicles and space heating in homes. In all of them, low-carbon hydrogen can help to reduce our reliance on fossil fuels and limit global warming in decades to come.

In particular oil refining – which together with ammonia production accounts for most of the 100 million tonnes of the so-called “grey” hydrogen produced each year – tends to be located in coastal industrial zones, where natural gas is also landed. Industrial ports are therefore put forward as natural “nerve centres” for scaling up the use of low-carbon hydrogen, and perhaps its import from large-scale offshore or overseas renewables generation in years to come. From these centres, low-carbon hydrogen would branch out into the wider economy, first as a fuel for trucks visiting these ports and, later, via pipelines to supply regional hydrogen gas grids and other uses until, eventually, low-carbon hydrogen grows into a 500-million-tonne market [1,2].

Now a growing number of organisations are pursuing a “decentralised” model, seeking to match distributed small-scale production of low-carbon hydrogen with local consumption. And even considering only one possible application, which accounts for 5% of carbon emissions in Europe [3], shows that this approach could plausibly grow the market for low-carbon hydrogen faster and to a greater final size than envisaged by current roadmaps to net zero.

The short road to decarbonisation

Take road transport as an example for the distributed consumption of low-carbon hydrogen.

Hydrogen fuel cell technology is a good candidate, if not the presumptive solution, for powering vehicles that have a high duty cycle so there is insufficient time to recharge batteries or payload to carry them.

From the “centralised” perspective, the lack of distribution infrastructure has long been seen as a barrier to the widespread adoption of hydrogen. Policy roadmaps and analyst notes have therefore flagged the need for policy support for the creation of a network of hydrogen fuelling stations and fleets of trucks for hydrogen distribution [4].

The risk with this argument, however, is that the cost of transport could derail the economics. Especially the “last mile” of distribution by truck plus ancillary costs can add costs equal to the production of low-carbon hydrogen itself [5,6].

So it is unsurprising that the alternative approach of matching distributed hydrogen production with local demand is finding favour.

“Green” hydrogen produced in electrolysers fed with renewable electricity is one good option to supply a distributed network of hydrogen fuelling stations. In particular, newer membrane-based electrolyser technologies can respond quickly to changes in available power, and so are well suited to coupling to fluctuating renewable sources. They also operate at a moderate temperature and generate relatively pure hydrogen, so they don’t require as much complex balance of plant.

The decentralised approach also makes increasing economic sense in a world of rising energy prices. Petrol and diesel for road users in the UK, for example, are currently priced at around 15p per kWh. This translates to around £5 per kg of hydrogen, a figure which makes green production without subsidy realistic even in the short term (if enough electrolysers were readily available). This would make off-grid renewable power-to-hydrogen generation worthwhile or enable renewable generators to use excess power to produce hydrogen when there’s no demand from the grid.

Equally important, this approach would make inroads into our reliance on fossil fuels. The lifetime of most road vehicles is a decade or two. This means that most current vehicle fleets will be replaced on a rolling basis by 2040, enabling us to start eliminating carbon dioxide emissions from heavy duty road transport and reducing projected demand on the electricity grid to charge vehicle-scale batteries.

For example, the IEA’s roadmap to net zero anticipates that in the long run two thirds of heavy-duty vehicles will be battery-electric – and only one third will be hydrogen-powered [7].  Increasing this share would free up resources to make electrification improvements elsewhere – for example to charge cars and power domestic heat pumps.

So perhaps the decentralised approach could move the dial both when it comes to the adoption trajectory and the final landing zone for low-carbon hydrogen. Currently the global energy use of heavy-duty vehicles amounts to three times the total global production of hydrogen, or thereabouts [8]. This represents a sizable potential market for low-carbon hydrogen that is not fully recognised in current planning scenarios.

Encouragingly, more and more leading manufacturers are now supporting the development of hydrogen-powered trucks and construction machinery, albeit some still assume that the low-carbon hydrogen that will fuel them will be imported from large-scale renewables generation overseas [9, 10]. 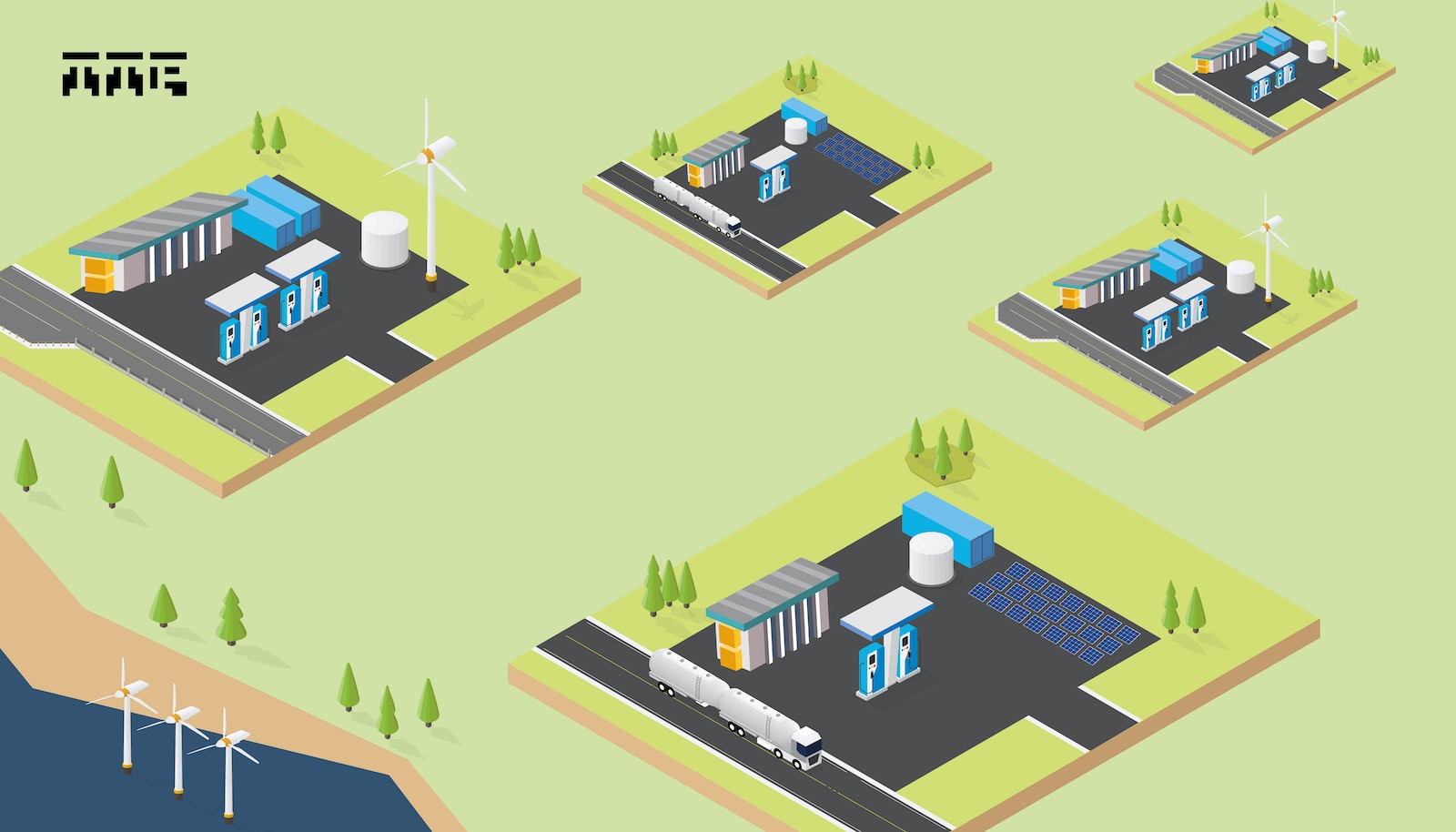 But can we push the envelope of this hydrogen for road transport scheming a little further still? Rather than banking on the arrival of fleets of fuel cell trucks, buses and excavators, hydrogen can also be used as a fuel for vehicles with minimally modified internal combustion engines [11].

This is a less attractive use case because internal combustion engines are less efficient and more polluting (NOx). But they are very low cost and come with a mature supply chain. Even if the possibility seems remote now, internal combustion vehicles could be switched to run on low-carbon hydrogen – for example if the changing climate demands it.

But for now the electrolysers that could fuel this revolution are still in too short supply. Manufacturers are measuring success as much by electrolyser production as by order backlog.

Other hydrogen production technologies could be pressed into action to close this gap. For example, we could take advantage of existing natural gas distribution grids and save emissions on road transport by converting natural gas into “blue” hydrogen close to the point of use in smaller plants to supply mobility or combined heat and power applications [12]. Given the magnitude of the challenge of scaling up “green” hydrogen, such installations may be required for decades to come.

But here, too, geographically distributed solutions exist. For example, the use of fallow onshore oil wells, of which there are hundreds in the UK, could be considered [13]. Alternatively, “turquoise” hydrogen technologies, where carbon is stripped out not as a gas but as a solid, could be developed for widespread deployment and used to decarbonise methane at the point of use to feed combined heat and power applications. The decentralised approach need not be premised on “green” hydrogen alone.

Until recently, thinking about scaling up hydrogen has focused on “giant leaps” reliant on major infrastructure, in particular massive plants to strip carbon dioxide out of natural gas, or renewables installations that reach economies of scale.

But investments on this scale require a lot of planning and are made infrequently. Decisions are made based on hard economics, which means that low-carbon hydrogen has to compete with low-cost hydrogen produced from fossil sources. Operators will only commit to low-carbon infrastructure if it pays back. In the absence of incentives, they require hard data on total cost of ownership of low-carbon options, which can be difficult to come by when systems are new. Above all, by the time low-carbon hydrogen from such giant projects comes on stream, we will have exhausted the remaining carbon budget for tolerable global warming.

The “small steps” movement we are now seeing spring up relies on smaller investments by a larger number of decision makers, which tends to make them geographically distributed. If consumers are identified in advance, smaller production facilities also present less commercial risk [14].  Crucially, this moves production closer to consumers that value – and are increasingly willing to pay for [15] – low-carbon solutions. And the fact that we are now talking about many small decisions rather than a handful of big ones, also makes the possible outcomes less binary – low-carbon hydrogen will make inroads.

So, the “small steps” movement could lead to the adoption of low-carbon hydrogen ramping up more quickly than current roadmaps anticipate, hastening our move away from fossil fuels. Heavy duty transport is a promising application. But all of this depends on electrolysers becoming more widely available than they currently are. Even under current planning scenarios for reaching net zero, we need to install on the order of dozens of GW of electrolyser capacity year after year to 2050.

To meet this challenge – or rather, perhaps the only way we can meet this challenge is if the next generation of electrolysers are designed for mass production and assembly. Similarly, the decentralised model implies that other technologies for low-carbon hydrogen production will need to be developed for smaller scale implementation than would have been entertained previously. Here we finally agree with existing roadmaps: emerging technologies brought to the point of widespread deployment have a crucial role to play in reaching net zero. 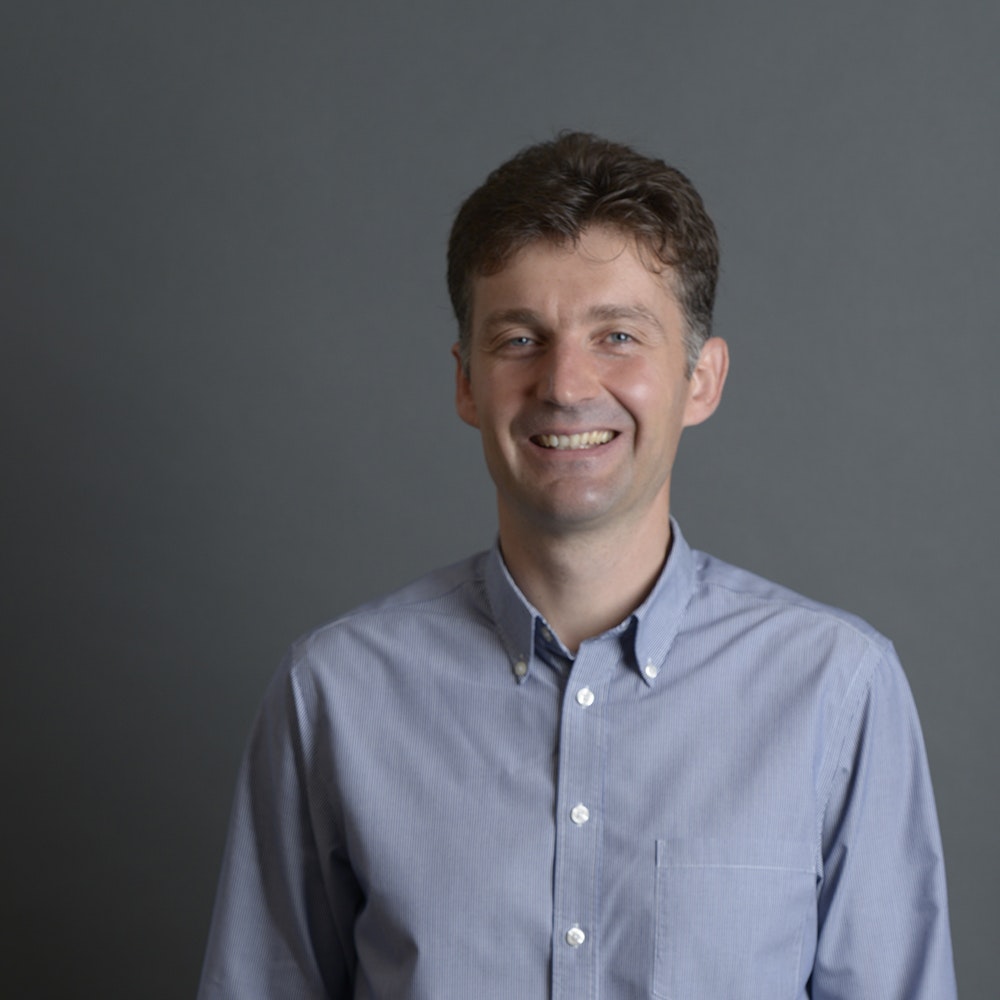 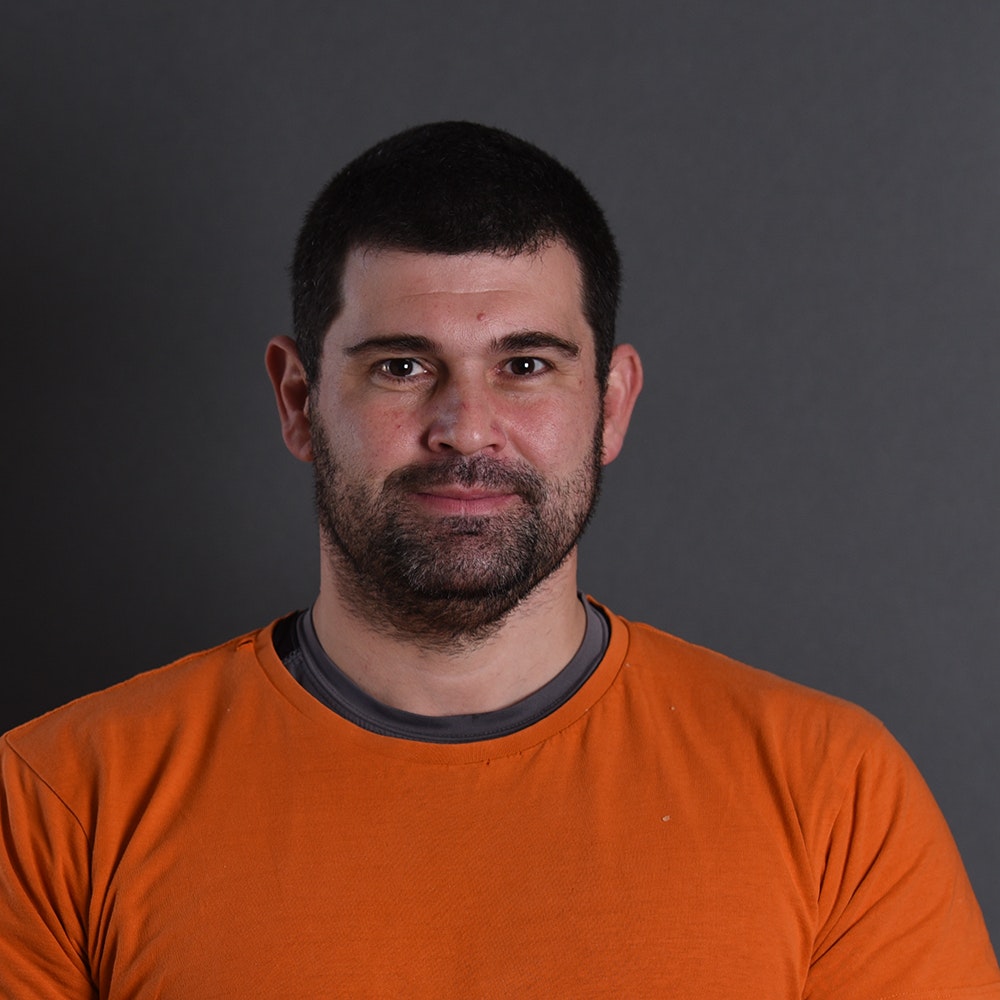 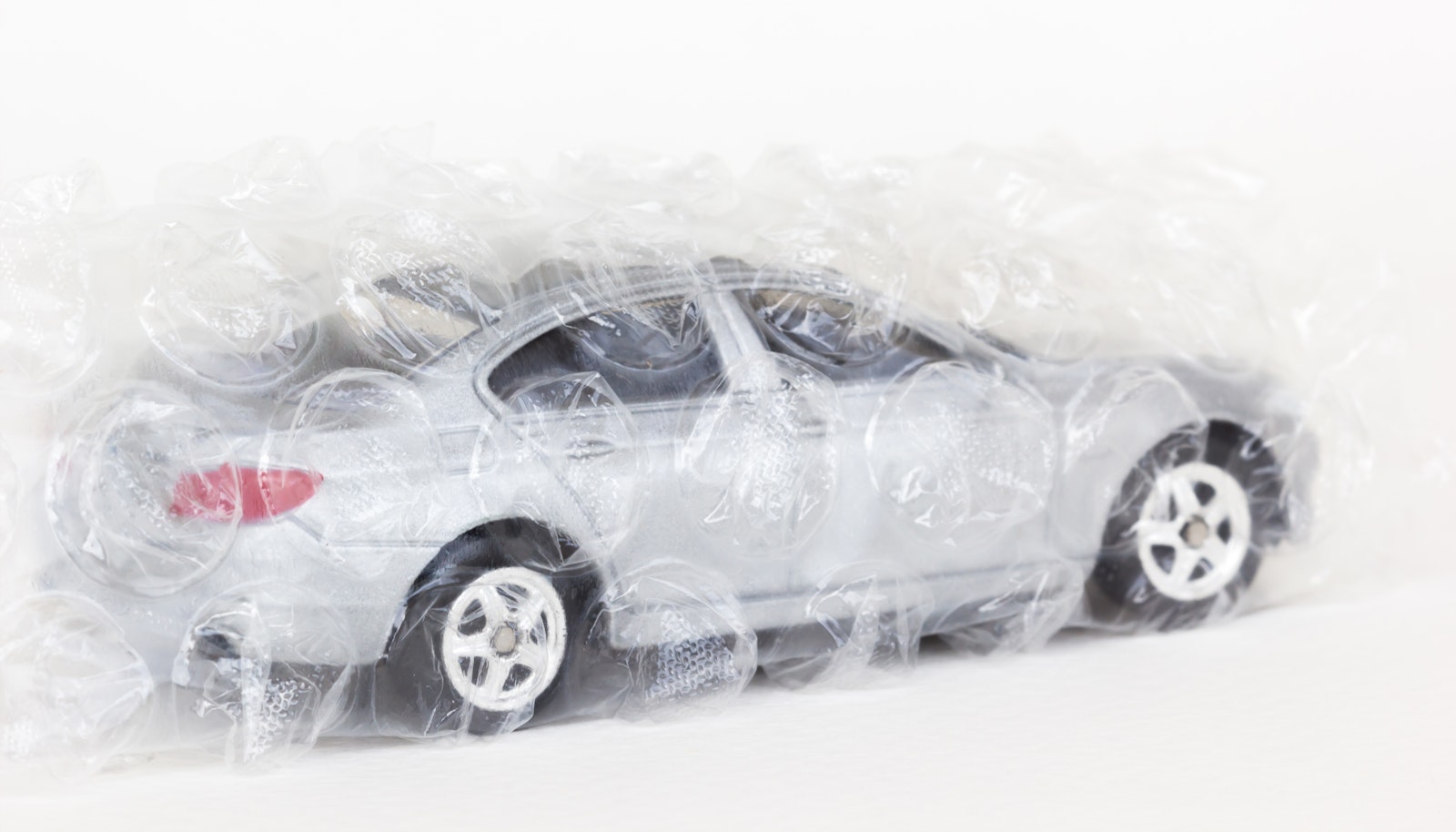