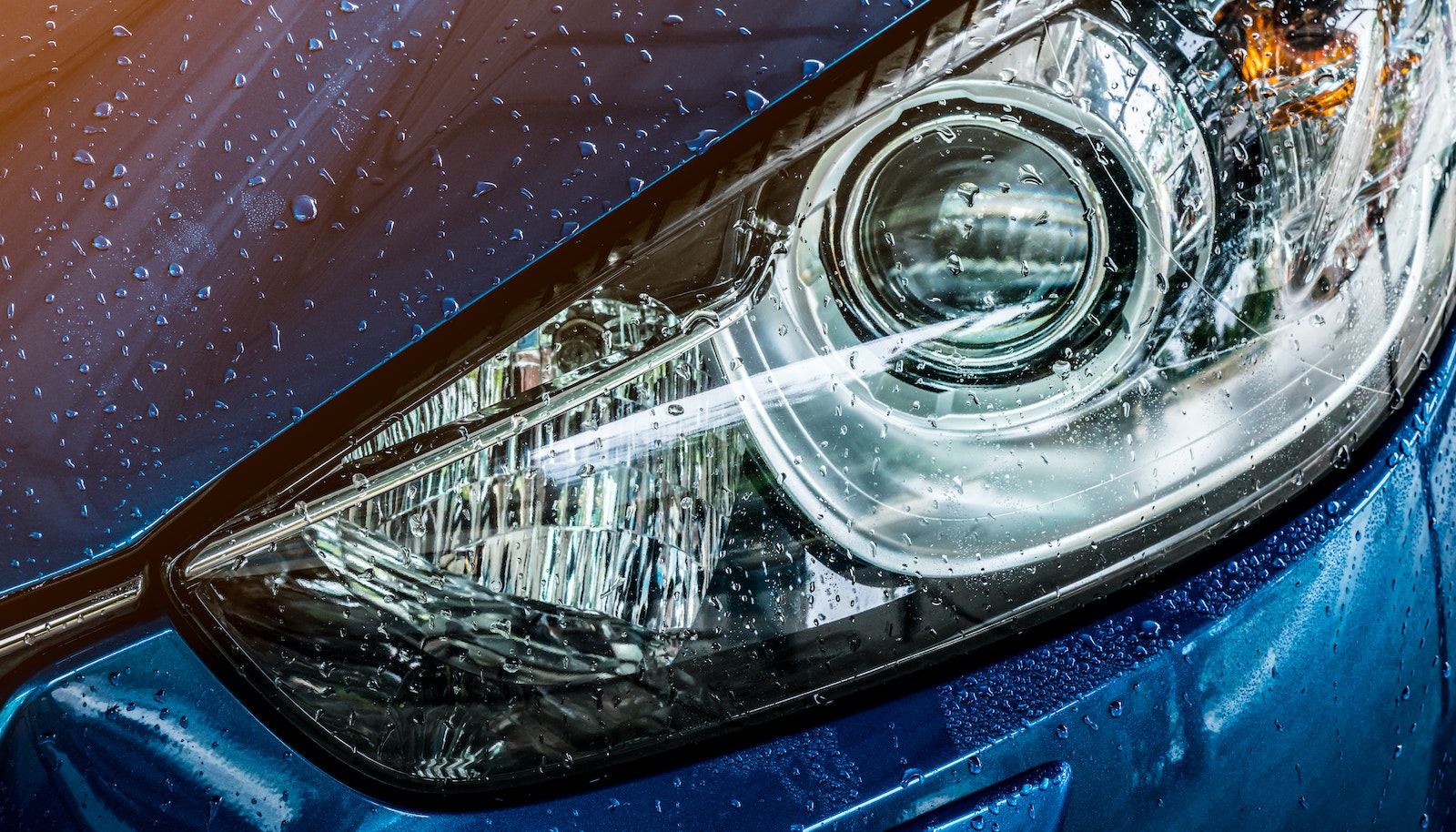 To deliver on the promise of greater safety than human drivers, the sensors of autonomous vehicles need to be kept spotlessly clean. Which technology is up to the task, and who will take ownership of what could become a point of competitive advantage in a burgeoning industry, asks Tom Jellicoe.

Much like human drivers, autonomous vehicles rely on optical sensors to understand their environment and identify hazards. To prevent potentially disastrous momentary errors when information from a soiled sensor is misinterpreted by the “AI brain” of the car, these sensors each require their own cleaning system to always remain available.

This is central to delivering on the promise that autonomous vehicles will be safer than human drivers. From the tried and tested wipers and liquid jets, to aerodynamic design solutions, to integrated ultrasonic sensor cleaning, several technology approaches for solving this challenge are available.

Our results suggest that the idea of integrating an ultrasonic cleaning solution directly into the sensor has the greatest potential.

In this blog we discuss:

- Who should own the technology? 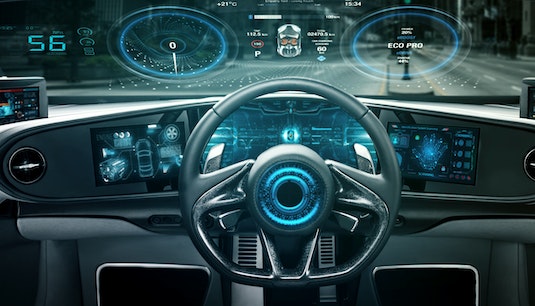 When automotive manufacturers need to keep a part of their vehicles clean, they tend to turn to the oldest of automotive cleaning technologies: wipers and liquid jets.

This is what they did when regulators introduced cleaning systems for extra bright headlights (to prevent glare). And when headlight manufacturers moved from glass to polymer casings, the wipers were removed to prevent abrasion, and high-pressure liquid jets are used exclusively now.

It makes sense that the industry turned to this tried-and-tested technology when additional components on the car exterior required cleaning. This has been utilised by Alphabet’s AV company Waymo to clean the lidar unit that sits atop their autonomous vehicles (see below).

The greatest complication in applying this approach to external sensors are their sheer number, and the fact that they are located all over the car exterior. Recent Amazon acquisition, Zoox, uses 18 cameras, 10 radars and 8 lidars – this would require a lot of jets, wipers and liquid.

This problem has been nicely summed up by Jim Schwyn of tier 1 automotive manufacturer Valeo: “Are we in a situation where we are going to take the gasoline tank from a car and replace it with a windshield washer reservoir to keep these things clean? [1]”

This had led to search for new technologies that keep sensors clean with little or no liquid. One solution is to prevent the sensor from getting dirty in the first place by using air jets to direct dirt and liquid away from the sensor surface. The principle is demonstrated in the images below. 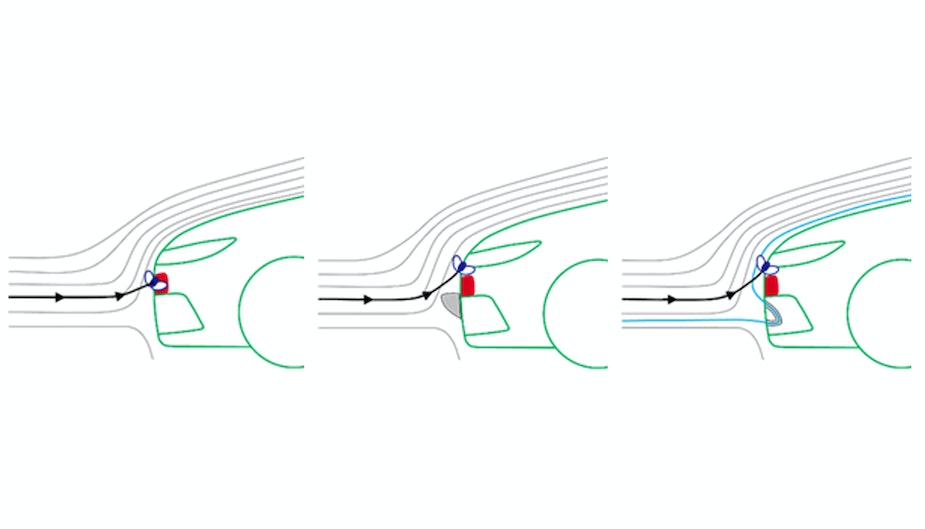 Three scenarios for the flow of air around a sensor using passive aerodynamics.

This series of images – based on TTP simulations – shows three different scenarios for the flow of air around a sensor, which is shown in red. Dust and debris will mostly follow the grey streamlines. However, heavier particles such as water droplets or bugs will try to follow the streamlines, but as they can’t change direction as easily as lightweight particles, they will impact the car exterior and the sensor instead. This is the scenario shown in the left panel where there is no ‘air-directing’ feature.

The middle panel represents a simple aerodynamic improvement where a feature is placed upstream of the sensor to divert the flow away from it. This causes most of the debris to land on a less sensitive area of the vehicle. While the design and integration are simple, the feature adds bulk and reduces the sensor’s field of view.

The right panel shows how a passive air jet can have a similar effect on the flow path. An aerodynamic duct in the bodywork redirects oncoming air back into the flow (blue streamline), this pushes the bulk of the flow, and the debris it may be carrying, away from the sensor. This approach is more complex than the upstream feature but it has the benefit of maintaining the sensor field of view and keeping a cleaner line on the car’s bumper which is important for safety and aesthetics.

There are obvious benefits in using a completely passive system in terms of power and liquid consumption, however none of these schemes is sufficiently robust to be used in isolation. One could think of these preventative measures as the eyelashes of the sensors; useful but an incomplete solution once the dirt has landed on the sensor.

At TTP, we are looking at ultrasonic cleaning as a complementary technology that could be directly integrated into the sensors and provide thorough cleaning when they inevitably get dirty.

This is not a new idea. Ultrasonic baths are a staple fixture in labs and workshops for cleaning the surfaces of everything from silicon wafers to engineering components. The idea has even been proven out for cleaning sensors: since 2003 digital cameras have used ultrasonic components to remove dust and dirt from their internal parts.

Ultrasonic actuation of a surface prevents fouling by several mechanisms. These include:

Atomisation is the most effective mechanism for removing unwanted material from the surface. It is where the surface accelerates fast enough to break the surface tension of the wetting layer on the surface and form a droplet, which is ejected along with anything which may be suspended of dissolved in the wetting layer. This effect is also exploited in some room fragrance dispensers which atomise oils containing pleasant aromas.

To determine how feasible it is to atomise the liquid on a sensor, we first need to understand where the motion threshold for atomisation lies. The plot below shows the threshold for atomisation as a function of driving frequency. When designing our actuator, we need to make sure that the frequency is high enough to be outside of the audible range to avoid damaging the hearing of people or pets, but equally not so high that we need to drive the actuator harder to achieve atomisation. 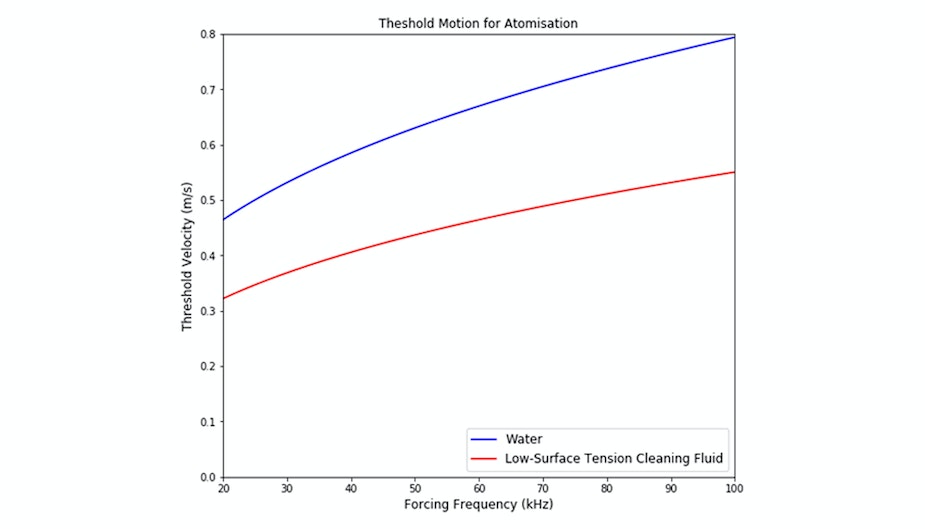 A frequency of around 30 kHz is suitably ultrasonic, such that it shouldn’t upset the neighbours while minimising how hard we need to drive the actuator. Driving the actuator hard for too long will start to affect the lifetime of the device. From the plot we can see this sets a velocity target of ~0.5 m/s.

But how achievable is 0.5 m/s? To investigate this, we have modelled how hard the surface cover of a sensor has to be driven to reach this velocity. We need to make sure that we aren’t pushing the limits of what is possible to prevent the sensor from shaking itself to pieces or draining the car’s battery before it has left the driveway. The results of those simulations are shown below. 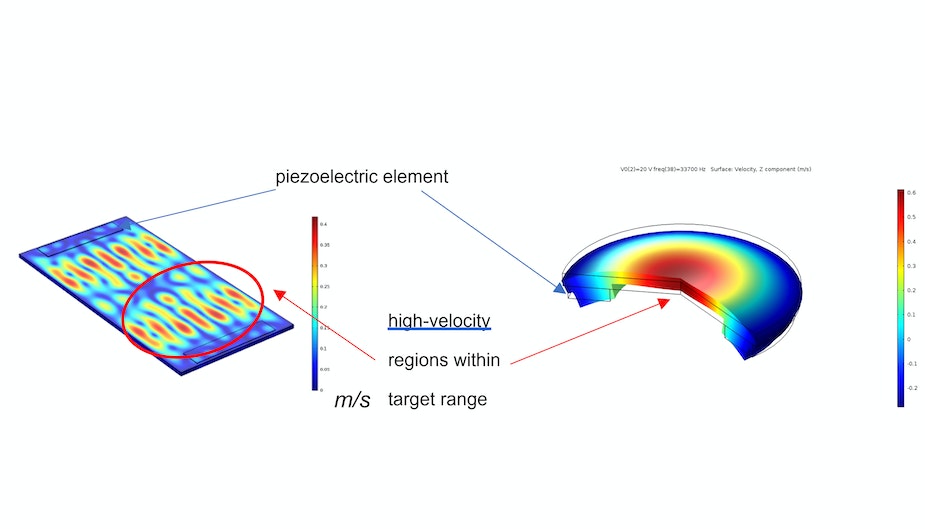 In both cases it is possible to get to the atomisation threshold by driving the actuator just about as hard as the humble doorbell buzzer or parking sensor. This is a really encouraging result from the point of view of robustness and power consumption. These results are based on a relatively simple model, and a number of additional challenges need to be addressed to integrate this successfully into sensors, but this certainly shows there is significant potential there.

Who should own the technology?

The autonomous driving industry is still in its infancy, and sensor cleaning is one of a number of ongoing challenges – yet central to the promise of outperforming humans on safety. There are two parts to addressing the problem: What is the correct technology? And who will implement it and take ownership?

The discussion above goes some way to addressing the first part, but the second is still up in the air. OEM vehicle manufacturers have the need. They must provide fully operational vehicles which satisfy their customers. But it doesn’t make sense for an OEM to own something as niche and technically challenging as sensor cleaning. The tier 1 manufacturers of optical sensors are reluctant to take charge because the skills which make them good at manufacturing cameras and Lidars won’t help them with this additional functionality. They are continually squeezed for margin and are famously uncomfortable with taking on technical risk without their OEM customers sharing some of the burden.

Taking the decision to proactively develop an integrated cleaning solution requires entrepreneurial spirit, which will most likely come from the start-up community. As autonomous vehicles mature, safety will become a key differentiator. Adding integrated cleaning could be a critical point of competitive advantage in an increasingly competitive space. 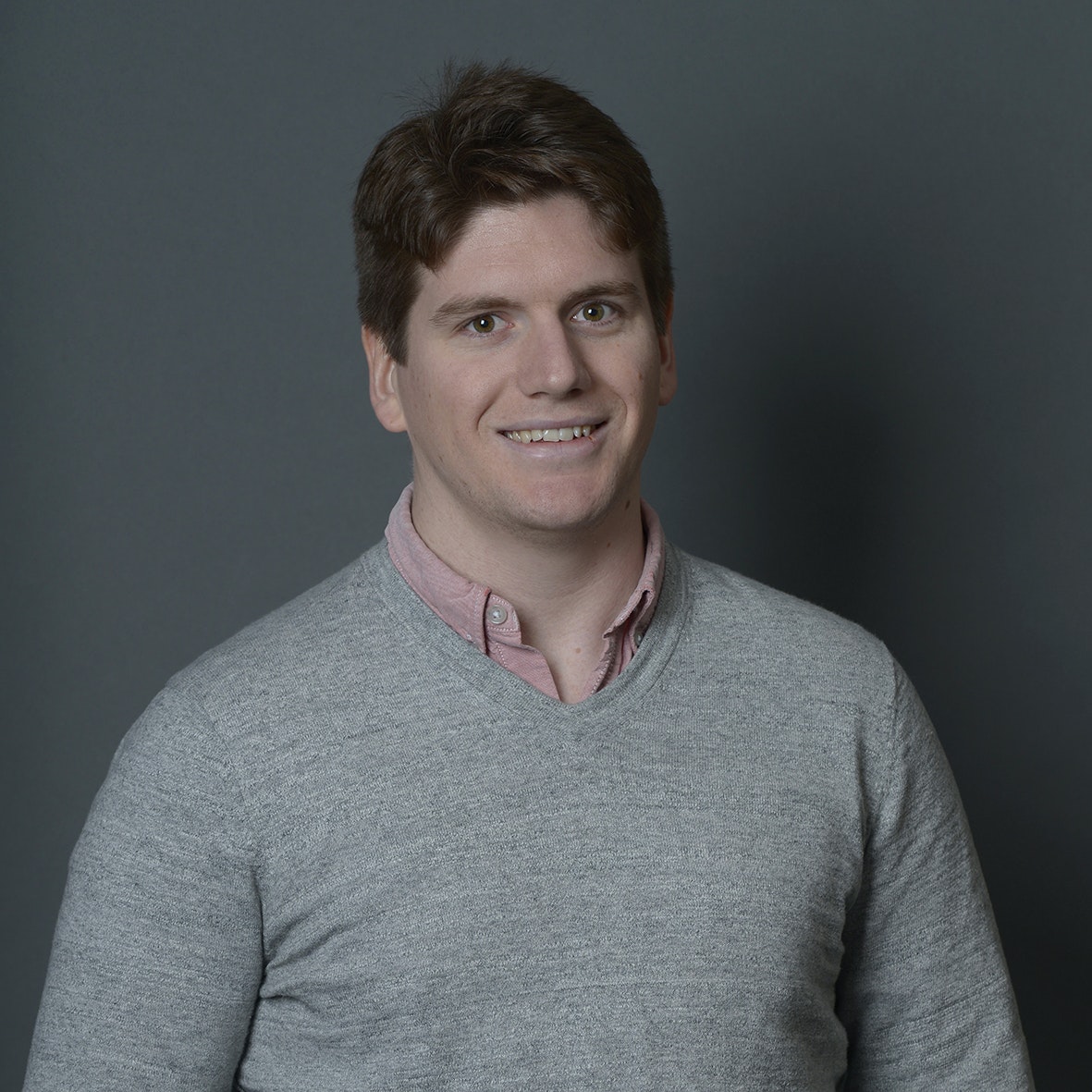 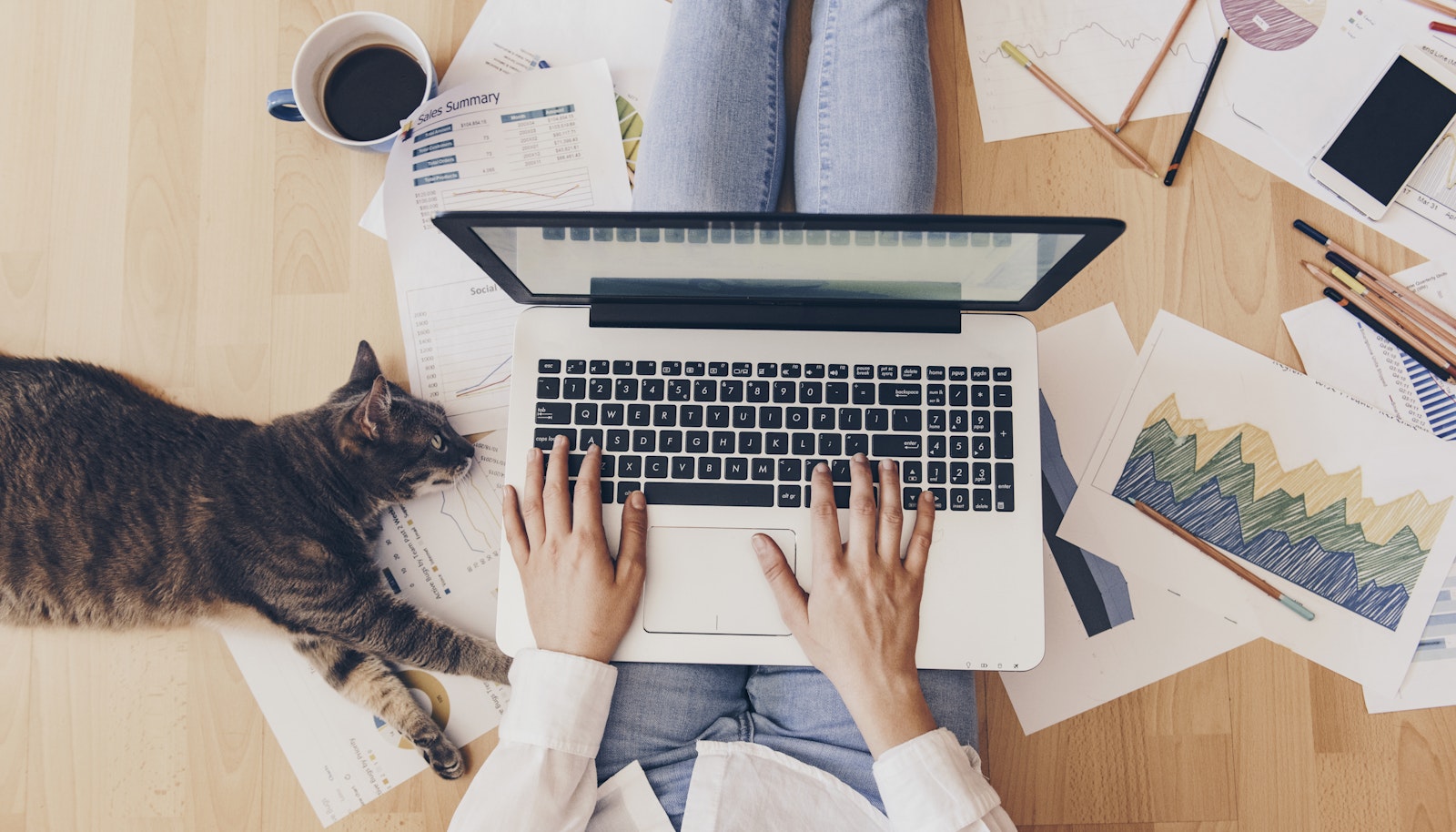